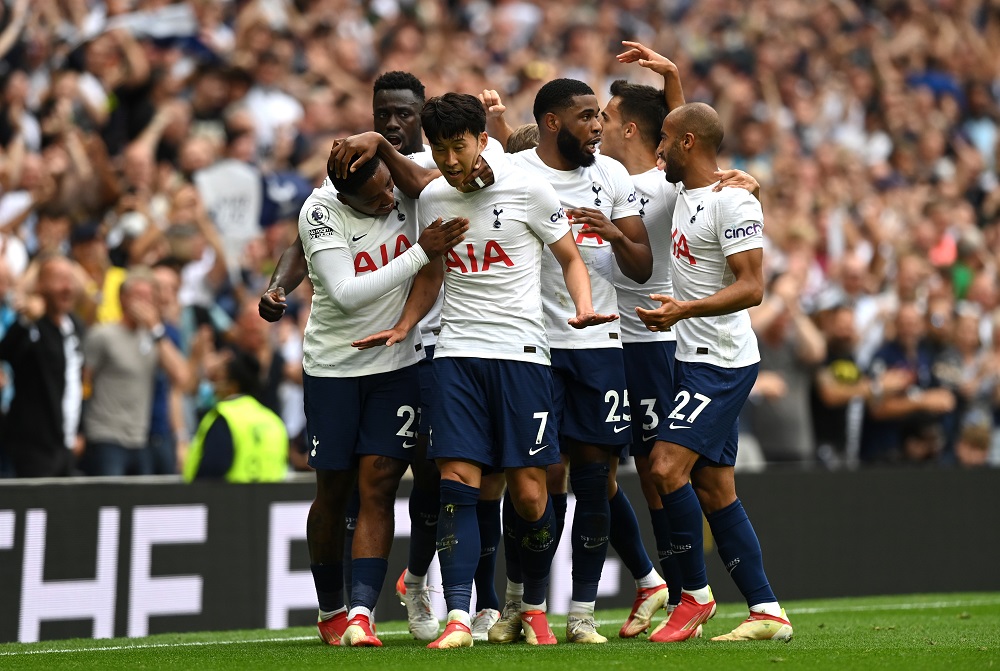 Tottenham made light of the absence of unsettled Harry Kane to start the Premier League season with a win over champions Manchester City and their £100m man Jack Grealish.

Kane – heavily linked with a move to Manchester City – sat out this pulsating encounter but Pep Guardiola wasted no time in throwing in his British record signing from Aston Villa.

It was Son Heung-min who gave new manager Nuno Espirito Santo the perfect start to his reign with a low shot that snaked beyond Manchester City keeper Ederson 10 minutes after the break.

Spurs fully deserved their win as they survived a shaky opening phase to play with real purpose, already showing signs of the Nuno trademark with fierce defensive discipline allied to pace on the break.

Grealish had a quiet debut, being shown a yellow card late on, and it was actually Spurs who had the best opportunity after Son’s goal, only for Steven Bergwijn to shoot wide when clean through.

Man City had fleeting opportunities but rarely tested Spurs keeper Hugo Lloris as they looked rusty in contrast to the sharpness of their opponents.

Manchester City’s pursuit of England captain Kane gave this game an added edge – so how the home fans enjoyed victory against the club attempting to snatch away their main marksman.

And Spurs delivered exactly what their supporters, finally back inside their magnificent new stadium, wanted with this opening weekend victory – the chance to taunt Manchester City and to remind Kane what he might be leaving behind.

Late on, those fans sent a chant of ‘are you watching, Harry Kane?’ reverberating around the Tottenham Hotspur Stadium.

And it was Son, the man who has been Kane’s partner in goals for so many years, who provided the flourish befitting this high-octane Spurs performance with a typical piece of skill and ingenuity to slide the winner low past Ederson.

Spurs players – and manager – Nuno rightly took the acclaim at the final whistle. The home side had heroes everywhere in match-winner Son, the outstanding defender Japhet Tanganga and the tireless Lucas Moura.

It remains to be seen how the Kane affair plays out but this will be the perfect psychological lift to Spurs that will sustain them until the saga comes to a close one way or the other.

West Ham United twice came from behind to get their Premier League campaign off to the ideal start by beating Newcastle United in a hugely entertaining match at St James’ Park.

The Hammers trailed 2-1 at halftime but staged a remarkable fightback after the break with goals from Said Benrahma, Tomas Soucek and Michail Antonio. learn more

In this article:Tottenham Hotspur 1 - 0 Manchester City