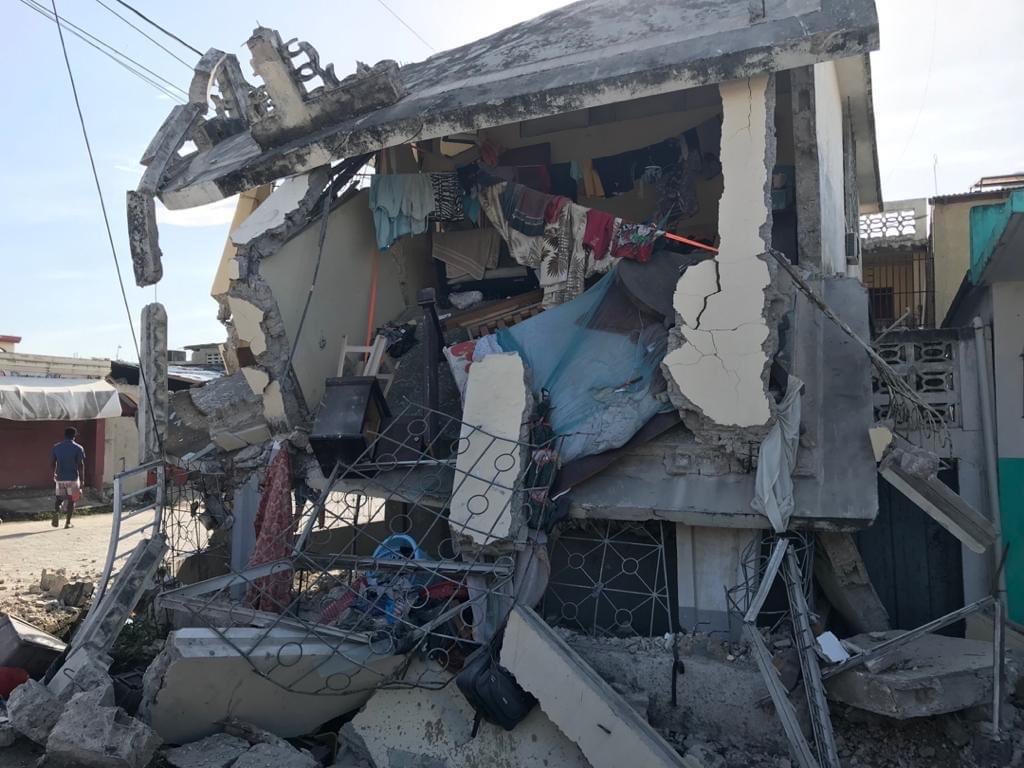 The death toll in Haiti‘s powerful earthquake jumped to over 1,200 on Sunday, as crews desperately dug through collapsed buildings for survivors in the Caribbean nation still reeling from its president’s assassination.

In Les Cayes, as in other hard-hit cities on the southwestern peninsula, most of the population spent the night sleeping outdoors in front of their houses — or what remained of them — amid fears of new aftershocks.

The streets there were filled with the grinding sounds of heavy equipment lifting debris from collapsed buildings, as well as the quieter sounds of people pulling away rubble by hand in desperate searches for the missing.

“Thanks to God and also to my phone, I’m alive,” said Marcel Francois, who was rescued from his collapsed two-story home in hard-hit Les Cayes.

His younger brother Job Francois said a desperate-sounding Marcel had called to say, “‘Come save me, I’m under the concrete’… He told me he couldn’t breathe, that he was dying.”
The neighbors and Job spent hours freeing him and his 10-year-old daughter from the heavy debris.

But at least 1,297 people were killed in the 7.2-magnitude tremor that struck Saturday about 160 kilometers to the west of the densely populated capital Port-au-Prince, which was devastated in a massive 2010 quake.
Some 13,600 buildings were destroyed and over 13,700 damaged, trapping hundreds under rubble and leaving more than 5,700 people injured, the country’s civil protection agency said in an update.

In other news – Video: Killer Kau’s gogo vibing to his music at his funeral

Today, the late star was laid to rest in Soweto, his birthplace. At the funeral, speakers acknowledged Euphonik for the contribution he made to Killer Kau‘s music career.

Viewers could also not ignore the fact that Killer Kau’s grandmother, at her old age, was vibing to his music at the service. This just showed how invested she was in her son’s career. Learn more