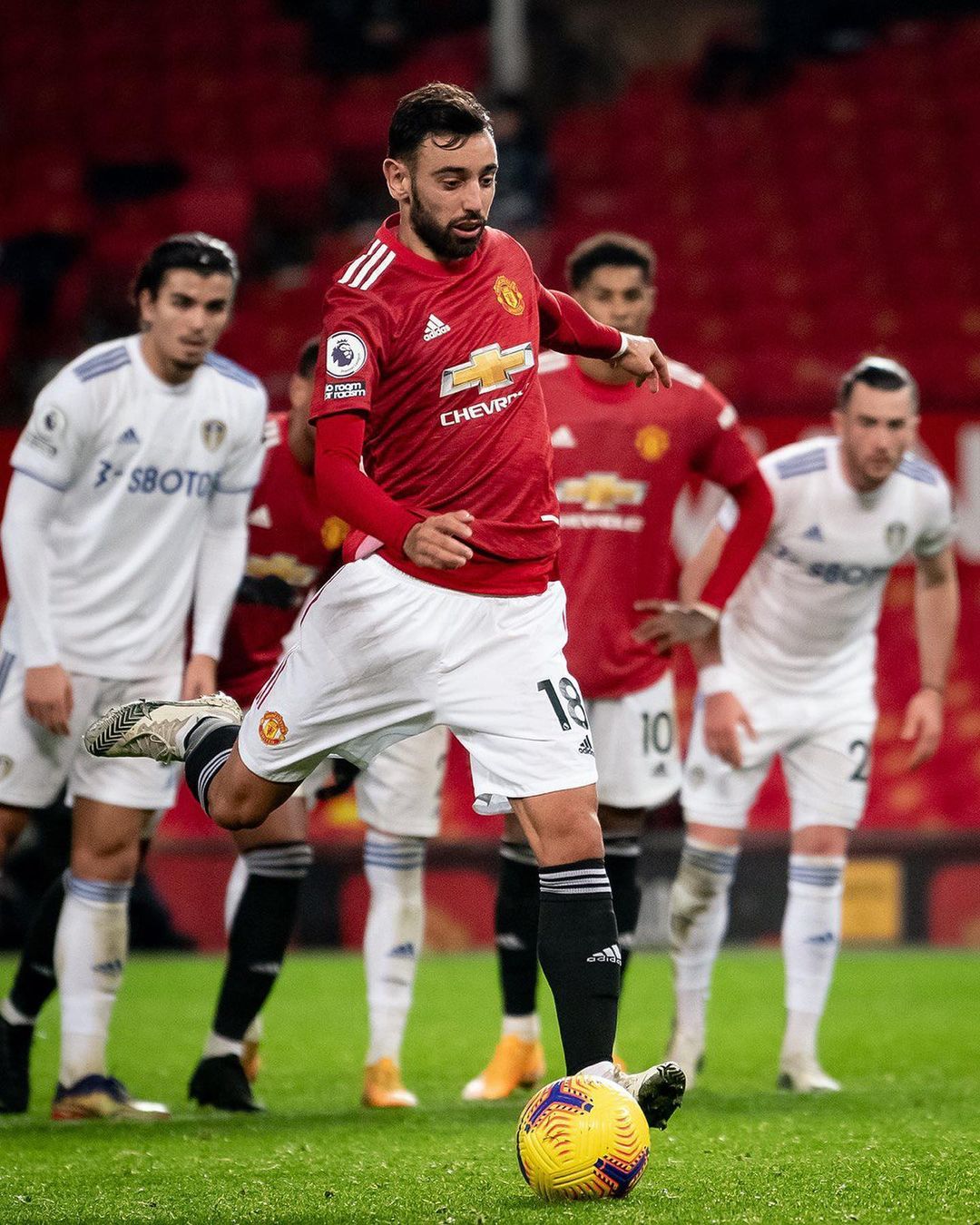 Scott McTominay scored the quickest brace as Man United destroyed Leeds United 6 – 2. Scott McTominay became the first player to score twice inside the first three minutes of a Premier League game as Manchester United climbed to third in the table with a remarkable victory over old rivals Leeds at Old Trafford.

The midfielder found the bottom corner with a ferocious drive after just 67 seconds, before doubling his tally moments later with a clever finish from Anthony Martial’s pass.

Bruno Fernandes and Victor Lindelof increased the home side’s lead, with Liam Cooper’s header reducing the arrears at the end of a pulsating first 45 minutes.

Daniel James broke clear of the Leeds defence to restore the hosts’ four-goal advantage 20 minutes into the second half, before Fernandes added his second of the game from the penalty spot after Martial had been tripped by Pascal Struijk.

Stuart Dallas curled home a stunning second consolation for Leeds – a fitting end to one of the games of the season.

The victory lifts Ole Gunnar Solskjaer’s side above fourth-placed Everton on goal difference, while Leeds remain seven points above the relegation zone in 14th.