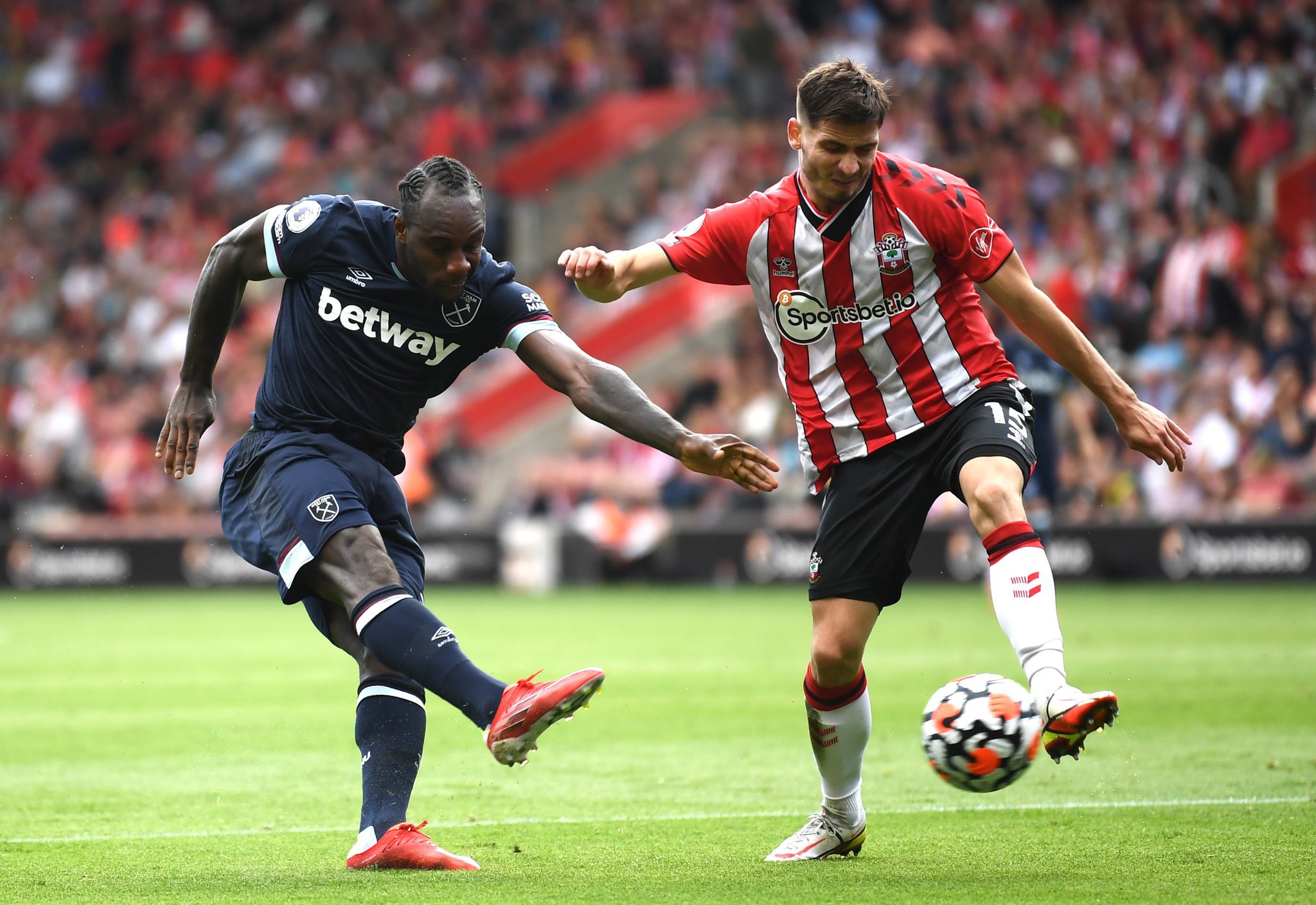 Michail Antonio was sent off as West Ham stretched their unbeaten Premier League start to four matches with a goalless draw at Southampton, who remain without a league win this season.

Antonio was shown a second yellow card for a rash challenge on Moussa Djenepo in second-half stoppage time.

Chelsea loanee Armando Broja had gone closest to snatching all three points for Saints late on, striking the foot of the post with a low effort before having a late header cleared off the line by West Ham captain Declan Rice.

West Ham enjoyed the majority of possession but failed to force a save out of Alex McCarthy until the early stages of the second half when Antonio’s low drive was held by the Southampton keeper.

David Moyes’ side looked the more likely winners as the second half progressed and almost broke the deadlock through Jarrod Bowen, whose sweetly-struck volley was tipped over the crossbar by McCarthy after Southampton had failed to clear Vladimir Coufal’s low cross.

West Ham has avoided defeat in their opening four Premier League matches for only the second time, having last done so under Harry Redknapp in 1999.

Twenty-five goals had been scored in league matches involving West Ham and Southampton this season prior to this game, but clear-cut chances were at a premium in the first half as both teams cancelled each other out.

The best opening of the first 45 minutes fell to Djenepo, whose goal-bound strike was headed clear by the retreating Craig Dawson.

The Hammers – unchanged for the fourth league match in a row – were neat and tidy in possession but failed to register a shot on target in the first half, their best effort coming from an Aaron Cresswell free-kick which struck the Southampton wall.

Antonio, who was named Premier League Player of the Month for August, had little impact on proceedings until his effort early in the second half and capped a frustrating afternoon with a red card that is unlikely to please manager Moyes.

Having been booked following a coming together with Saints defender Jack Stephens earlier in the second half, the 31-year-old appeared to let his frustrations get the better of him with a high lunge on Djenepo with only seconds remaining.

Southampton’s search for a first league win of the campaign goes on but there were positives for Ralph Hasenhuttl’s team – not least the second-half cameo from Broja, who was desperately unlucky not to earn the hosts all three points in the dying stages of the match.

In Other News – Brentford 0 – 1 Brighton

The Seagulls, who had offered little beforehand, scored through Leandro Trossard’s excellent curling finish from the edge of the penalty area in the 90th minute. learn more

In this article:Southampton 0 - 0 West Ham