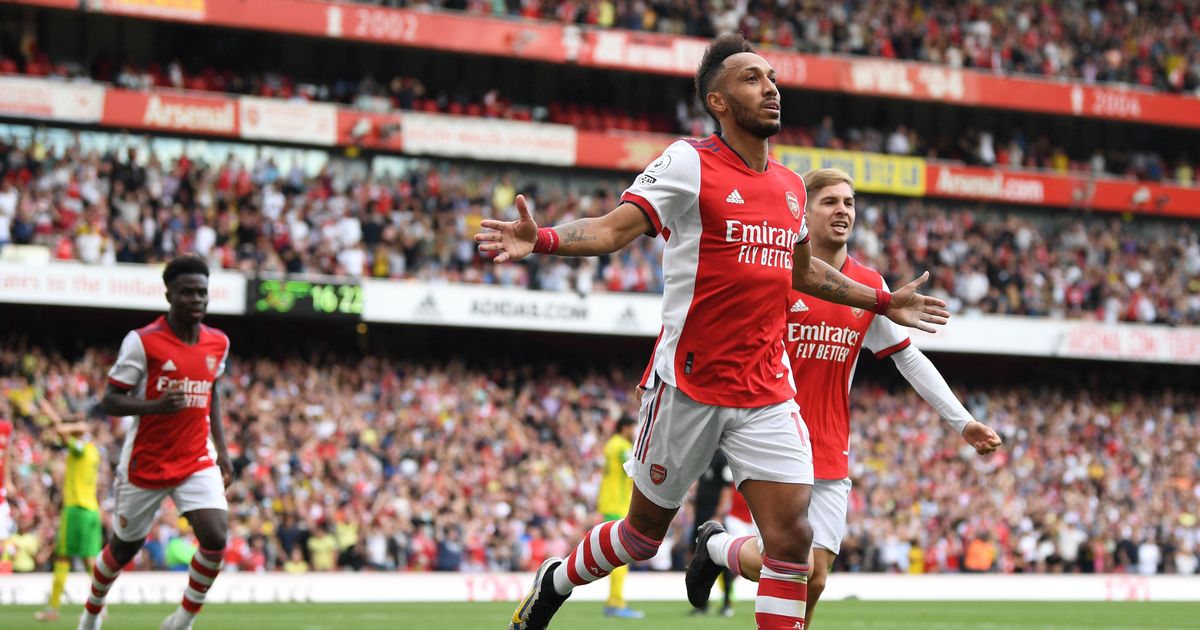 Arsenal lifted the pressure on manager Mikel Arteta as they secured their first points of the Premier League season with a victory over Norwich City at Emirates Stadium.

Arteta was under mounting scrutiny after a miserable start to the campaign with three defeats that left the Gunners at the foot of the table, so a win that was workmanlike rather than spectacular will be gratefully received.

Pierre-Emerick Aubameyang was back on target to set Arsenal on their way after 66 minutes, with a finish from almost on the goal-line after Canaries’ keeper Tim Krul turned Nicolas Pepe’s shot onto the post and the same player then struck the woodwork again.

Arsenal had an anxious moment as referee Michael Oliver conducted a VAR check for offside before the Emirates Stadium celebrate with a mixture of elation and relief.

Arteta used his programme notes to call for patience after his side’s poor start to the season but he will know as well as anyone that the clock ticks on any manager who struggles to get points on the board, especially at a club with high aspirations.

He wrote: “We are trying to build a medium- to a long-term project, which also needs immediate results. That only happens in elite sport and most importantly in football.”

And that immediate result was at least achieved to get Arsenal off the mark this season, even if it was hardly a convincing victory margin and achieved against a Canaries side who have now taken the Gunners’ place at the bottom of the table after a fourth consecutive league loss.

Arsenal, on the balance of play, deserved the win and Arteta will have been encouraged by getting new £50m summer signing Ben White in the side, seeing new goalkeeper Aaron Ramsdale mark his league debut with a clean sheet and the sight of key midfield man Thomas Partey coming on as a substitute.

The home fans, despite those poor early season results and performances, were vociferously behind their team from even before the first whistle, the news of Tottenham’s defeat at Crystal Palace putting them in good heart having gone into this round of fixtures propping up the table with their north London rivals at the summit.

Emile Smith-Rowe was bright and breezy after coming on as a substitute, forcing a fine save from Krul that could have settled matters while Bukayo Saka demonstrated once again that he is a real symbol for Arsenal, now and in the future.

Arteta will be thankful for any small mercies given the paucity of Arsenal’s efforts this season and this will provide a much-needed lift when measured both by their performance and the result.

The Gunners had a difficult opening set of fixtures but Arteta knew this was a must-win to stop the pressure mounting even more.

He will also know this is just a start but he will accept it with both hands and move on to the potentially hazardous visit to Burnley to try and consolidate on these three points.

In this article:Arsenal 1 - 0 Norwich City