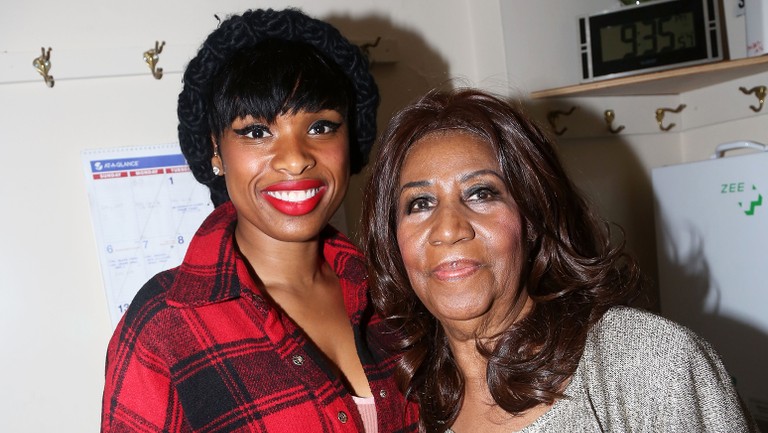 Jennifer Hudson has hailed Aretha Franklin as an “inspiration” who was a “motherly” figure to her prior to her passing in 2018.

The 39-year-old singer considered the “A Natural Woman” singer a close friend before her death in 2018, and was even named by Aretha as the person she wanted to play her in the biopic of her life – a role she fulfilled in the new movie, ‘Respect’. And now, Jennifer has said Aretha was a “motherly” figure to her, and was always interested in hearing about her life, especially wherever her 12-year-old son David Jr. – whom she has with David Otunga – was concerned.

She said: “Aretha … she had a regal presence. And when we first had our meeting, she said, ‘Are you shy or something?’ And I said, ‘Well, I am sitting with the Queen of Soul! What do you expect?’

“But she was just very still. Full of presence. I noticed she didn’t speak much. She said what she said, and that was that. But eventually it became more, well, motherly. And even in her last days, I would talk to her weekly. She ended up teaching me more about life, while teaching me about her life.
She told The Sunday Times newspaper’s Culture magazine: “Anyone would assume that Aretha Franklin had it made. But, no, everyone has a life. Everyone has a story. Everyone goes through something. And when you see someone like that overcome what she has overcome, it inspires you. It definitely did me.

Meanwhile, Jennifer previously revealed she spoke to Aretha just one week before her death, and said the legendary singer had “sang to [her]” during their call. She said: “She told me what she had eaten. I don’t remember what that meal was, and then she sang to me on that call.

“I can’t remember the song. It was by the Isley Brothers and she said, ‘Jennifer, now that’s the Isley Brothers,’ and I said, ‘Yes, ma’am, I know.’ Because she was so present. She always knew what was going on, even in my life

In other news – NFP leader Zanele kaMagwaza-Msibi has died

Founding president of the National Freedom Party (NFP) and former Deputy Minister of Science and Technology Zanele kaMagwaza-Msibi has passed away.

The party’s secretary-general Msidazwe Mdletshe confirmed to the publication that she passed on earlier on Monday due to cardiac arrest. Learn more