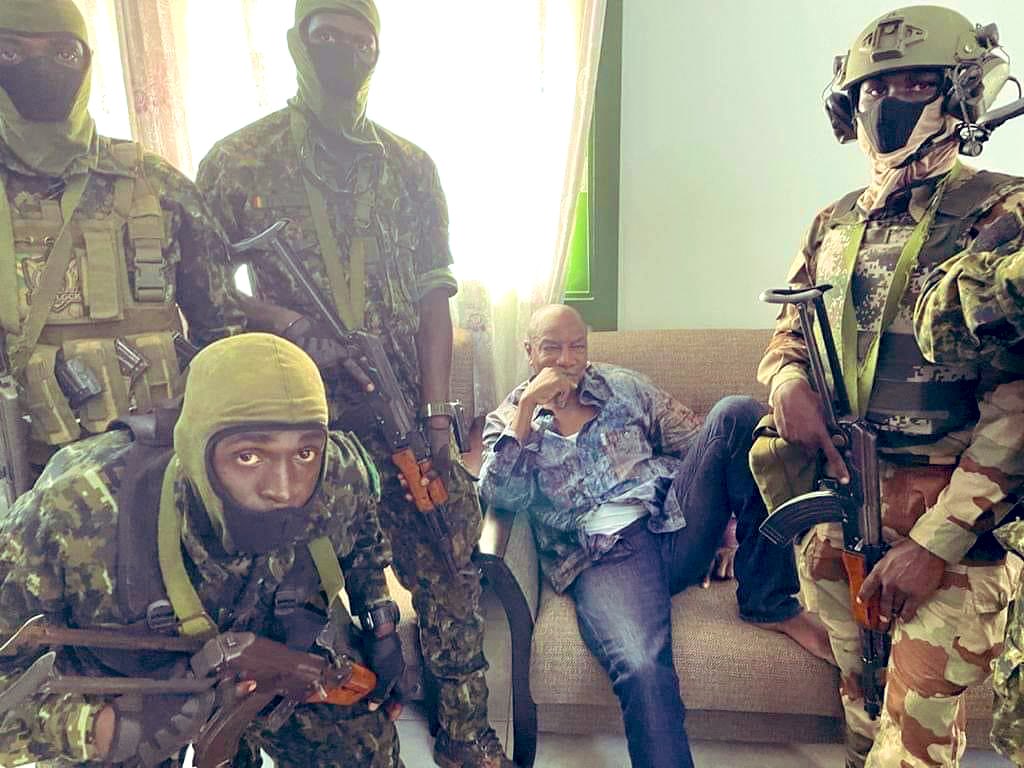 Guinean special forces have seized power in a coup, arresting the president, and promising to change the political makeup of the West African country.

The new military leaders announced a nationwide curfew “until further notice”, saying it would convene President Alpha Conde’s cabinet ministers and other senior politicians at 11am (11:00 GMT) on Monday.
Any refusal to attend will be considered a rebellion,” the commandos said in a statement. The country’s governors and other top administrators will be replaced by the military, it added.

“We have decided, after having taken the president, to dissolve the constitution,” said a uniformed officer flanked by soldiers toting assault rifles in a video sent to AFP news agency on Sunday. The unidentified officer also said Guinea’s land and air borders had been shut.

In other news – #Isencanelengane: Thando misses her grandma’s funeral because she didn’t have new clothes

Isencane lengane couple trend every week for all the wrong reasons. If it’s not Siyacela’s disrespect towards elders then it’s Thando standing by her man all the time.

In this week’s episode of the show, Thando and her husband Siyacela arrived late at her grandmother’s funeral and the reason was shocking. Learn more

In this article:Alpha Conde, President of Guinea Alpha Conde arrested