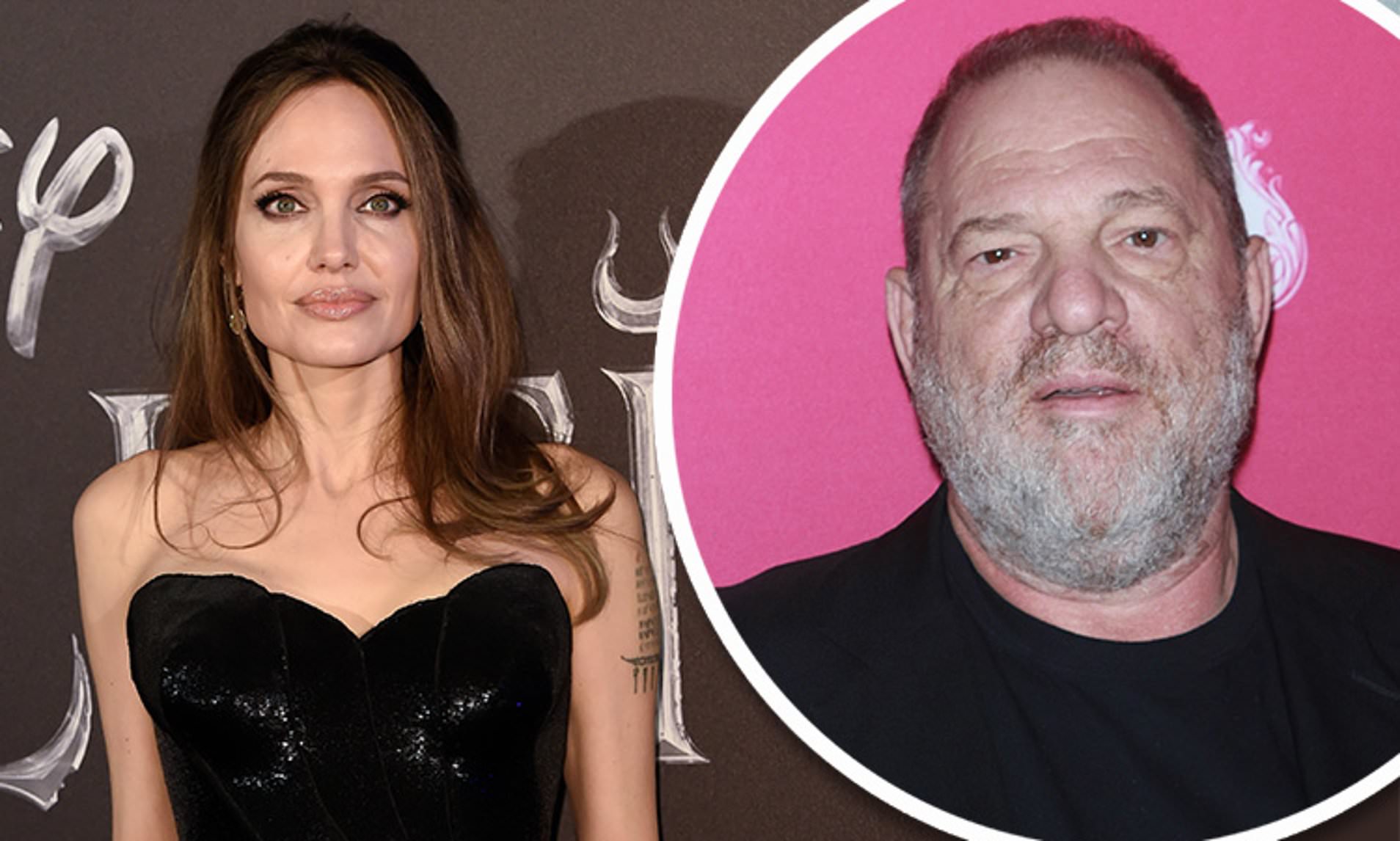 Following her interview, Weinstein gave a statement to TMZ via his assistant in which he claimed that while he was “interested” in her, he never assaulted her. His statement read: “There was never an assault, and never an attempt to assault.

“It is brazenly untrue and clickbait publicity. You’re Angelina Jolie, every male and female in the world, I’m sure, shows interest in you. Is the whole world assaulting you?”
Weinstein went on to claim that Angelina’s allegations are part of a tactic to sell more copies of her upcoming book, ‘Know Your Rights and Claim Them: A Guide for Youth’, which she was promoting at the time of her new interview.

The “Maleficent” star spoke about her alleged interaction with Weinstein when she claimed she and her ex-husband, Brad Pitt, fought over the actor’s involvement with the producer during their marriage.

After the alleged assault – which took place when Weinstein was an executive producer on her 1998 movie “Playing By Heart” – Angelina refused to work with Weinstein ever again, and was “hurt” when Brad went on to star in The Weinstein Company’s 2009 film “Inglourious Basterds” and 2012’s “Killing Them Softly
The “Salt” actress said: “It was beyond a pass, it was something I had to escape. I stayed away and warned people about him.

“I remember telling Jonny [Lee Miller], my first husband, who was great about it, to spread the word to other guys – don’t let girls go alone with him.

“I was asked to do ‘The Aviator’, but I said no because he was involved. I never associated or worked with him again. It was hard for me when Brad did. On her arguments with the “Fight Club” star – who she divorced in 2019 – she added: “We fought about it. Of course it hurt.

Lady Du is one of the hottest Amapiano musician in South Africa; while some of the artists travelled to London to secure bags, the singer was busy in the county getting more cash.

Taking to social media, the singer shared a video of herself with lots of money on her bed. Learn more