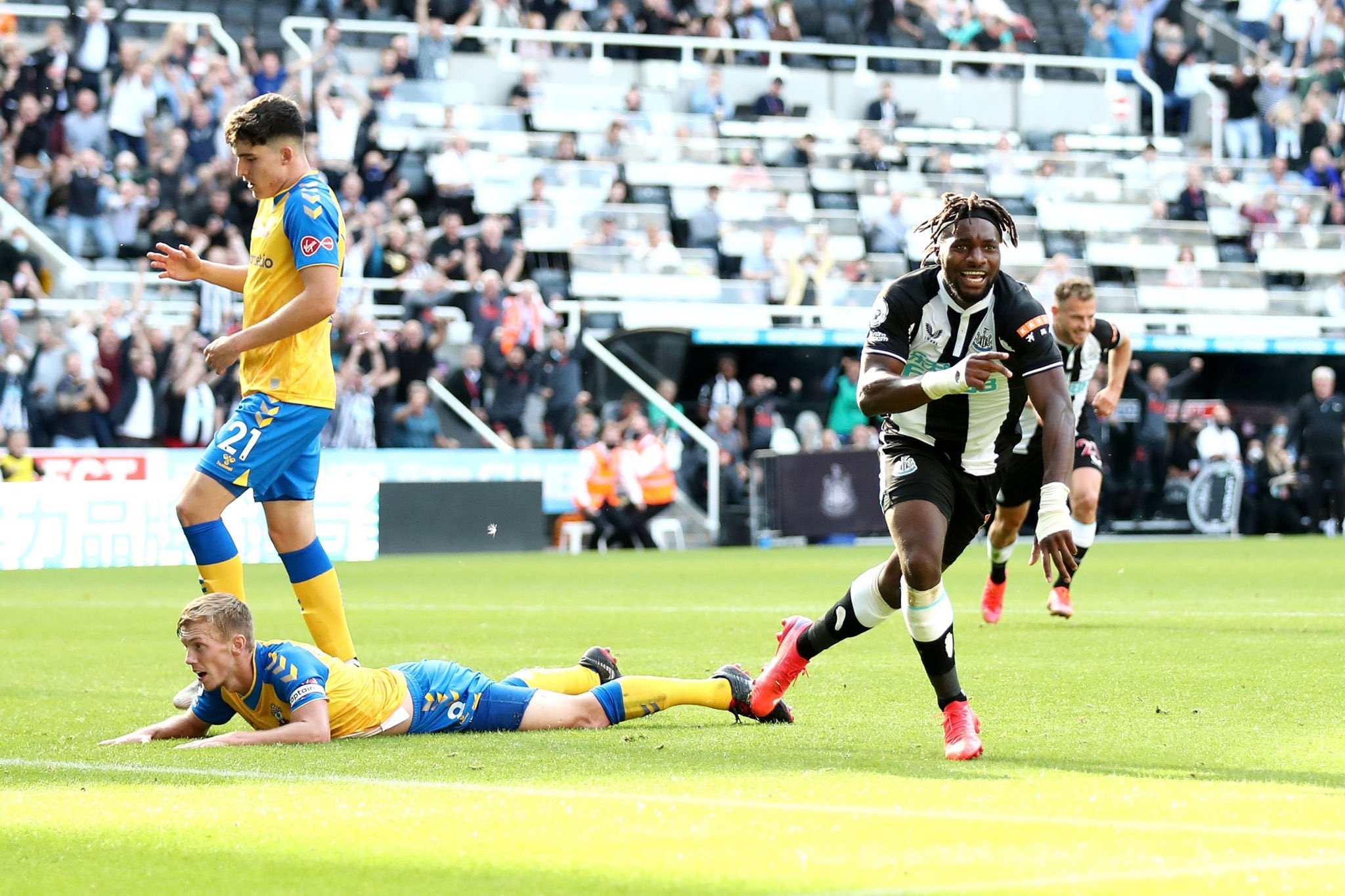 James Ward-Prowse scored a dramatic 96th-minute penalty soon after Allan Saint-Maximin appeared to grab an injury-time winner for Newcastle as Southampton earned a point in a thrilling encounter at St James’ Park.

The hosts had looked set to pick up their first win of the season after Saint-Maximin struck in the 90th minute, firing in from a loose ball after Alex McCarthy had initially denied Ryan Fraser’s effort.

But Southampton was awarded a spot-kick by VAR soon after when Adam Armstrong was fouled by Jamaal Lascelles inside the box, and Ward-Prowse stepped up to confidently slam home the penalty.

It was a deserved point for the Saints who had dominated much of the game. They spurned several chances to take the lead in the first half before Callum Wilson headed Newcastle in front against the run of play after the restart.

Mohamed Elyounoussi, who scored a hat-trick in an 8-0 win against Newport County in the League Cup in midweek, bundled in an equaliser late on after his initial effort was kept out by Freddie Woodman.

But then came the drama of injury time as Newcastle fans celebrated wildly what looked to be a winner from Saint-Maximin before Ward-Prowse’s penalty ended a run of seven straight defeats on the road in the Premier League for Southampton.

There was little to hint of the drama that was to come in the final few minutes of this game, with Southampton having dominated for large periods but shown little quality in front of goal.

The Saints really should have been out of sight in the first half they had full control of, but Moussa Djenepo twice spurned good chances to score, lashing over from four yards before taking one touch too many after being put through on goal.

Newcastle, meanwhile, did little to give their fans encouragement that this would not be another season flirting with relegation as they saw little of the ball in the opening 45 minutes, instead of hoping to catch Southampton on the counter with the pace of their attack.

How they do this season will be dependant on keeping both Wilson and Saint-Maximin fit. Newcastle’s form dropped badly when they were out injured in the second half of last season and once again they provided their brightest moments in this game. The pair now account for three of Newcastle’s four goals this season.

Southampton will be the happier of the two teams as they brought to an end a torrid run of form away from home that had seen them fail to pick up any points on the road since 6 March.

However, they both remain winless and with much to improve when the Premier League returns after the international break.

Everton extended their unbeaten start to the Premier League season as they produced a classy display to deservedly beat Brighton.

Demarai Gray opened the scoring with a fine individual effort four minutes before the break as the Toffees managed a first win at Brighton in five attempts stretching back to April 1983. learn more