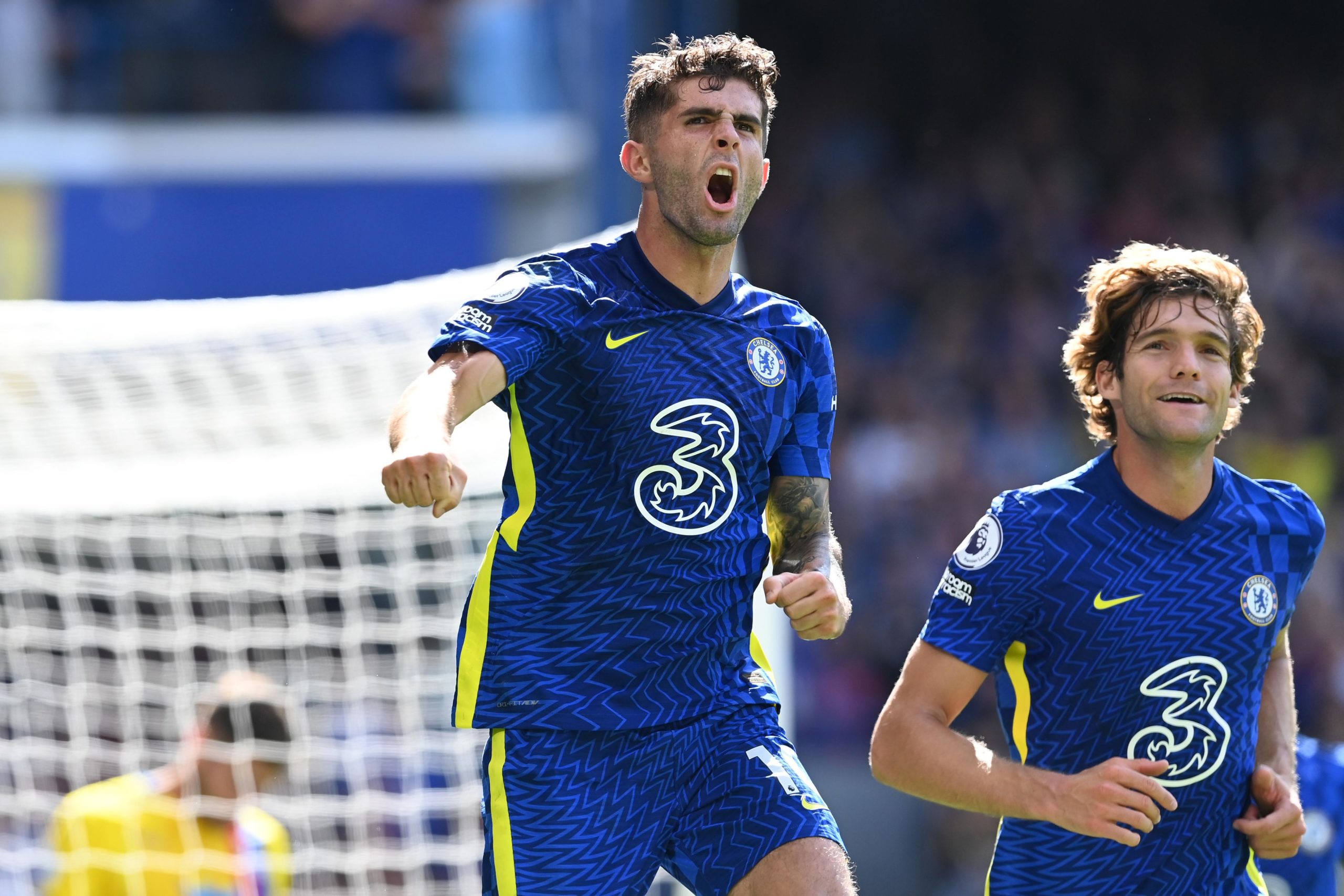 The highlight in front of a noisy, near-full Stamford Bridge was when academy product Trevoh Chalobah smashed home their third from 25 yards on his Premier League debut.

Blues boss Thomas Tuchel said before the game he was surprised his side – who are European champions and won the Uefa Super Cup on Wednesday – were considered among the favourites to win the title.

But they were excellent in their league opener as Vieira’s first game as a manager in England resulted in a limp performance.

Marcos Alonso whipped in Chelsea’s opener with a free-kick from about 22 yards.

Christian Pulisic then blasted in a second via the underside of the bar after Vicente Guaita spilled Mason Mount’s cross.

And Chalobah, who joined Chelsea’s youth set-up 14 years ago, drove home from distance to seal the win.

Palace improved slightly after the break, but Jordan Ayew’s header was their only effort on target.

Chelsea’s remarkable squad depth is why many people expect them to win the title this season.

Seven of 20 BBC pundits tipped the Blues, with the other 13 going for champions Manchester City.

Striker Romelu Lukaku was not able to play because he is still quarantining after his £97.5m move from Inter Milan. Influential midfielder N’Golo Kante and winger Hakim Ziyech were injured against Villarreal on Wednesday.

England left-back Ben Chilwell, experienced centre-back Thiago Silva and Kai Havertz, who scored the winner in the Champions League final, were left on the bench.

Ex-Blues midfielder Joe Cole said during the week that every decision Tuchel makes seems to pay off.

And it felt that way when Alonso, who started instead of Chilwell at left wing-back, curled in a perfect free-kick to give them a deserved lead. Palace offered so little threat that he basically played as an orthodox winger.

Pulisic then continued his fine form against Palace with a close-range finish after Guaita spilled a cross. Five of the American’s 13 Premier League goals have come against the Eagles.

They had plenty of chances to score more with Timo Werner’s first touch letting him down on a couple of occasions and Alonso forcing a good save from Guaita.

But the best moment of the game came when 22-year-old Chalobah, who made his Chelsea debut in Belfast three days ago, picked the ball up in space and drilled home via the inside of the post.

There were plenty of cheers too when Champions League hero Havertz came on – the first time he, or many of this Blues squad, have played at a full Stamford Bridge.

In Other News – Manchester United 5 – 1 Leeds

The Portugal midfielder opened the scoring on the half-hour mark at a packed Old Trafford, but Luke Ayling’s thunderous strike drew Leeds level early in the second half. learn more

In this article:Chelsea 3 - 0 Crystal Palace