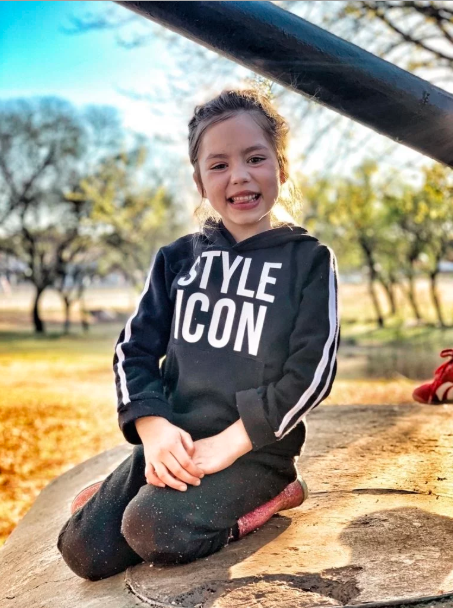 Three people have been arrested for the kidnapping of Amy’Leigh de Jager, who was snatched from her mother’s car at the Laerskool Kollegepark in Vanderbijlpark on Monday. According to police spokesperson Brigadier Vishnu Naidoo, one man and two women aged between 27 and 50 were arrested just before midnight on Wednesday. One suspect is known to Amy’Leigh’s parents, Wynand and Angeline de Jager, Naidoo said.

Four men snatched Amy’Leigh from her mother’s car at the school and they drove off in a white Toyota Fortuner, News24 reported. Police had launched a manhunt while her distraught parents waited at the Vanderbijlpark police station for any news.

Amy’Leigh was dropped off by her kidnappers between 02:00 and 02:30 on Tuesday on a street close to The Shakespeare Inn hotel in Vanderbijlpark. Two people – a man and a woman – took her to the Vanderbijlpark police station where she was reunited with her parents.

Amy’Leigh’s school issued a short statement on Thursday morning confirming the arrests. “We as a school, together with management and the governing body, are aware that suspects have been arrested in the Amy’Leigh matter. Though we cannot divulge more information, we are working together closely with the SAPS and other authorities.

“During an intelligence-driven operation members from the Family Violence, Child Protection and S-e-xual Offences (FCS) Unit arrested three suspects last night in connection with the kidnapping of Amy’Leigh de Jager,” Naidoo said in a statement on Thursday.

In other news –  Motorcyclist killed in crash with bakkie

At 06H15 Thursday morning Netcare 911 responded to reports of a collision on Jim Fouche Road and Donald Road in Bolton Wolf Meyerton.

Reports from the scene indicate that a motorcycle and a bakkie were involved in a collision. Read more

Zodwa Wabantu has a snake of Powers

Most of us love Zodwa Wabantu for telling the truth and being honest for who she really is right? Well, I think this time...