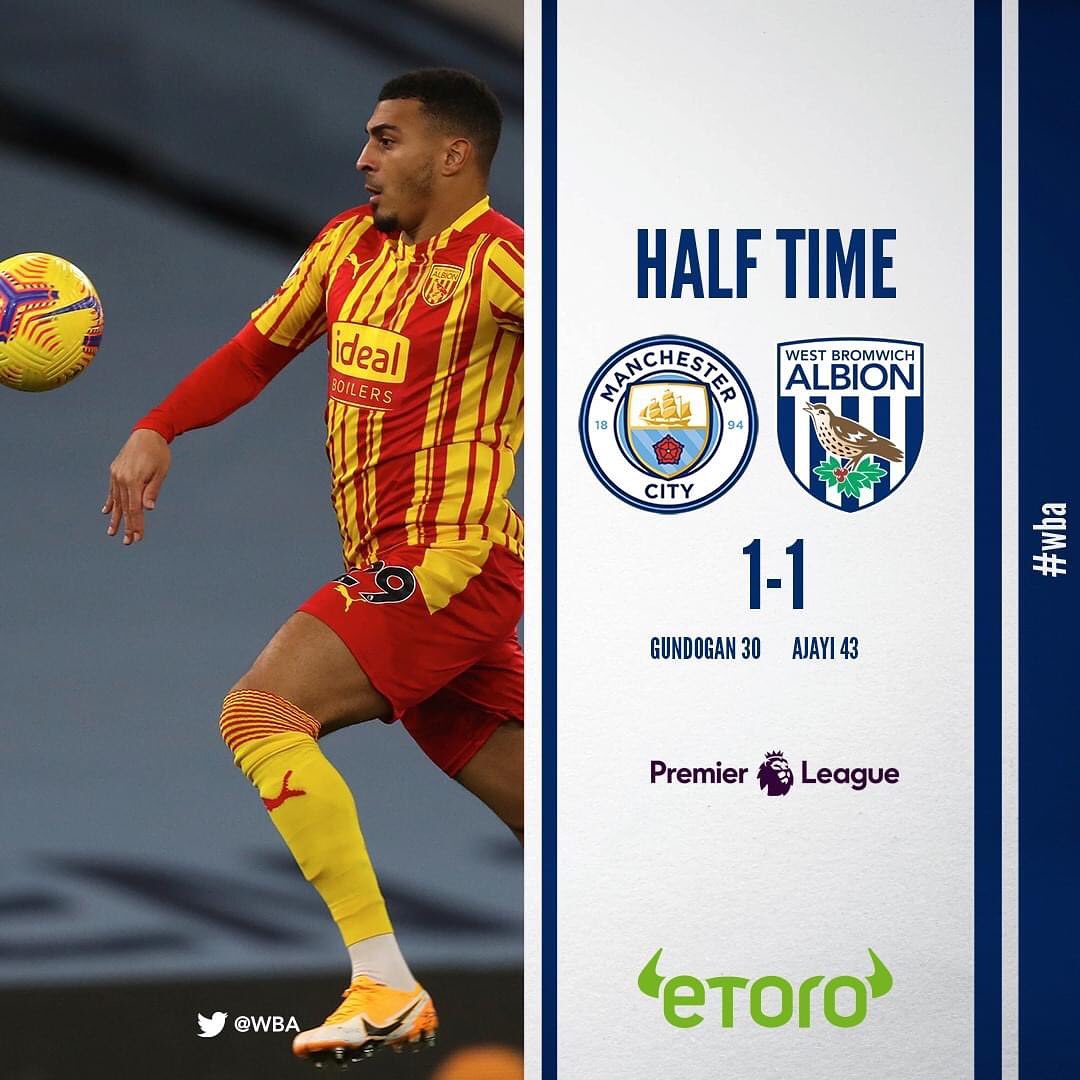 West Brom forces a draw against Man City coming from behind. Manchester City endured a frustrating night as they were held to a home draw by Premier League strugglers West Brom.

City would have moved to within a point of the top four with an expected victory but were kept at bay by some brilliant Sam Johnstone saves.

Ilkay Gundogan steered in Raheem Sterling’s pass to put the hosts ahead. But defender Semi Ajayi saw his shot deflect in off Ruben Dias to give Slaven Bilic’s side a vital point in their fight for survival.