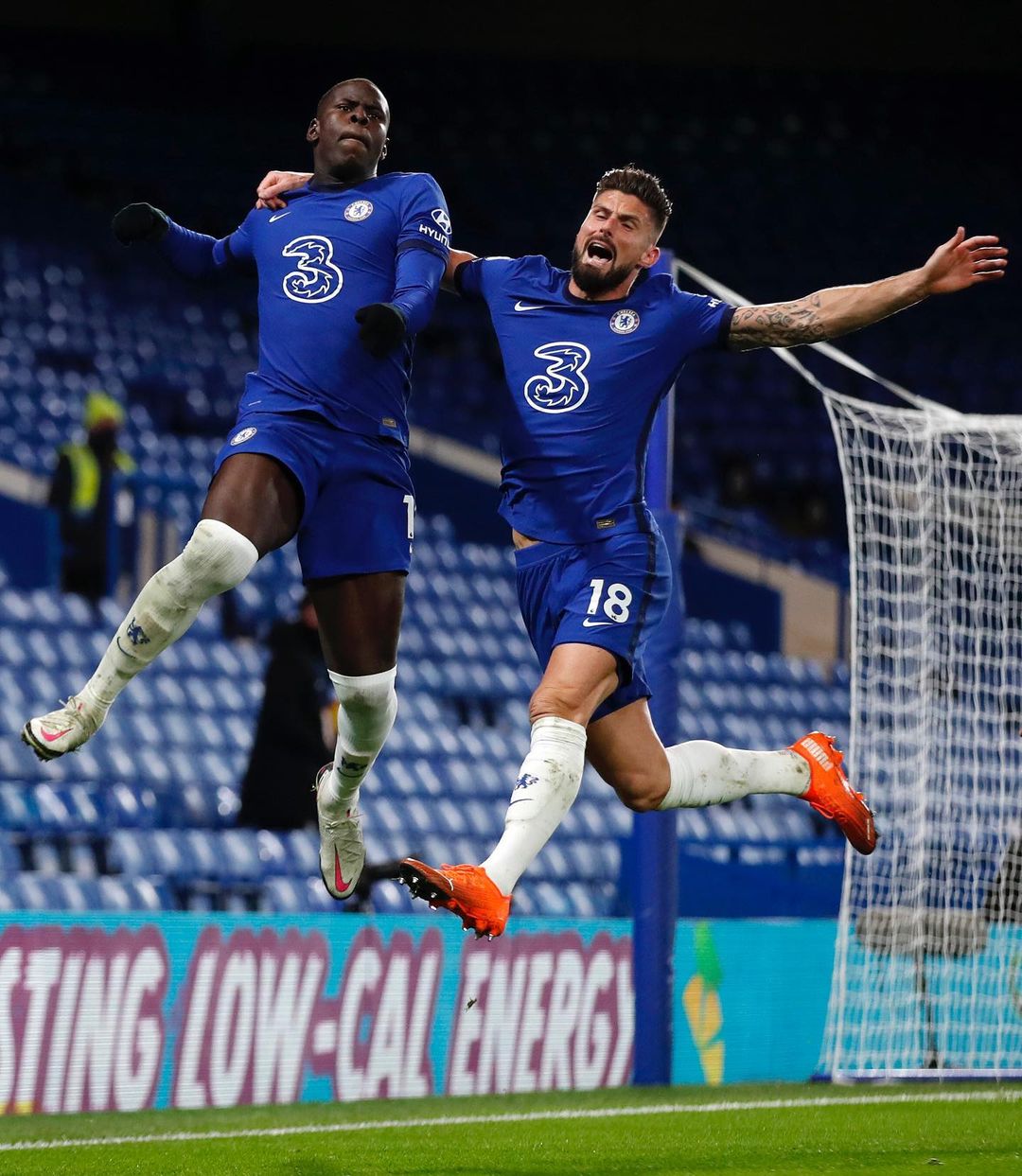 Chelsea went top of the Premier League as they came from behind to beat Leeds United in their first game in front of fans for nine months.

Timo Werner then somehow managed to miss from point-blank range after Olivier Giroud’s flicked header from a corner, the Germany forward hitting the underside of the bar before Leeds cleared.

However, Giroud marked his first league start of the season with his fifth goal of the week, the scorer of all four of Chelsea’s Champions League goals away to Sevilla in midweek poking home from five yards after Reece James‘ cross.

Chelsea, who welcomed 2,000 fans back to Stamford Bridge after coronavirus restrictions were eased, went ahead as Zouma headed in from Mason Mount’s corner before substitute Christian Pulisic added a late third.

Chelsea, who started the day third, are one point clear at the top.