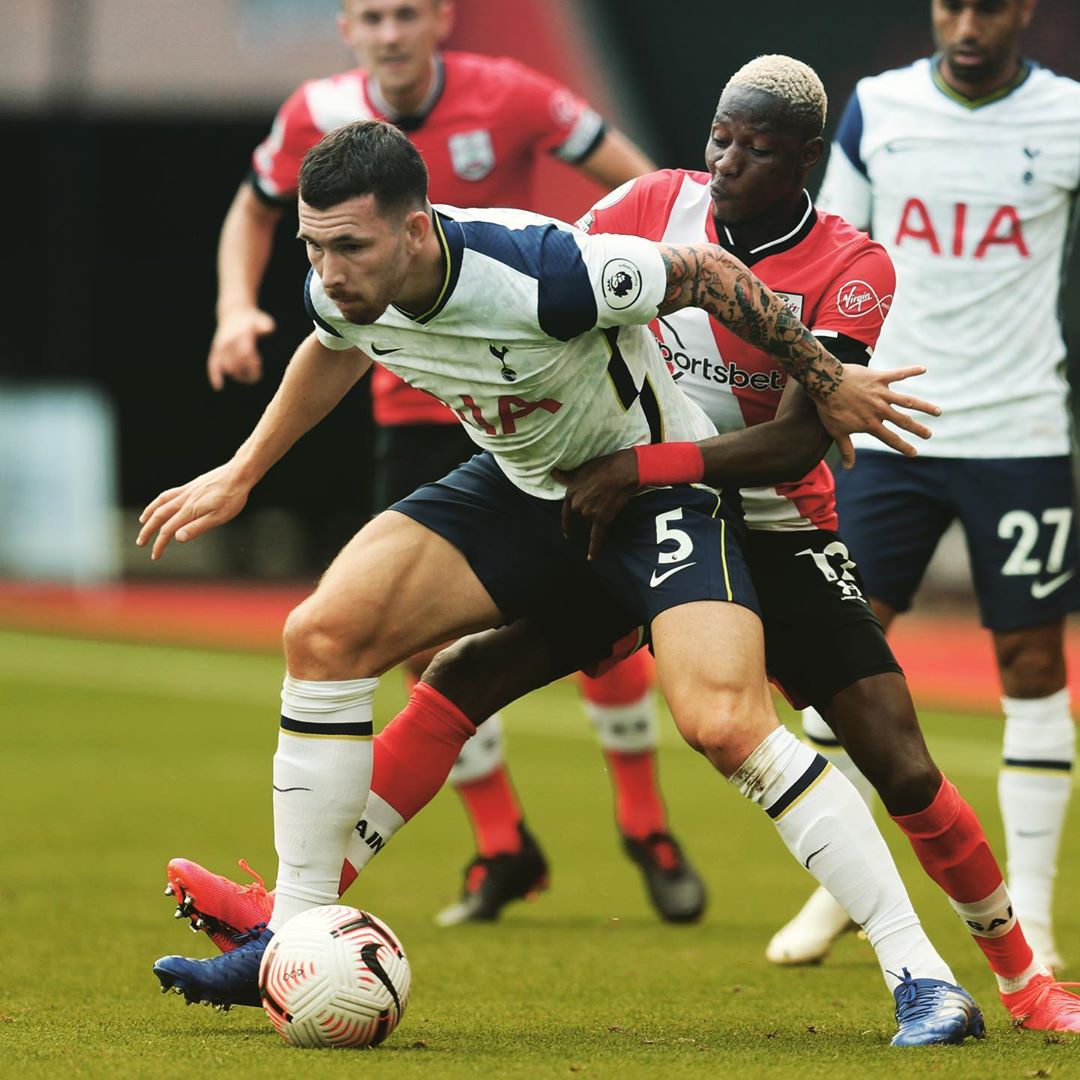 Son Heung-min scores 4 goals as Tottenham thrash Southampton 5 – 2. The South Korea international combined with Harry Kane for all four of his goals as Spurs took control after Danny Ings’ fine finish from a tight angle had given Southampton a first-half lead.

Son Heung-min scored four goals in a stunning display as Tottenham secured their first Premier League win of the season by coming from behind to thrash Southampton.

Son’s first came on the stroke of half time when he raced on to Kane’s pass before driving across Alex McCarthy and into the back of the net. The pair opened up Southampton again as Spurs took the lead soon after the restart, Kane sending Son through one-on-one and the forward made no mistake.

The hosts struggled to deal with Son’s superbly-timed runs behind the defence and he duly got his third, racing on to Kane’s clipped pass before slotting in.

Kane then provided his fourth assist of the day with a brilliant cross for Son, who coolly chipped McCarthy, before Kane got in on the scoring himself when he stabbed in from close range after Erik Lamela’s shot had been pushed on to the post.

Ings converted a penalty in stoppage time but it was scant consolation as Southampton slumped to their third consecutive defeat in all competitions.

In other news – Ginimbi’s Sunday vibes are everything: Video

Ginimbi’s Sunday vibes are everything: Video. The socialite’s vibes is a must have shame. He is always in a jovial mood whenever we get to see him. Its on very rare occasions that you see him sad aor with an angry face.

News and word on the street is that Boss G aka Ginimbi’s Ferrari was involved in an accident yesterday. These are still…Learn More.