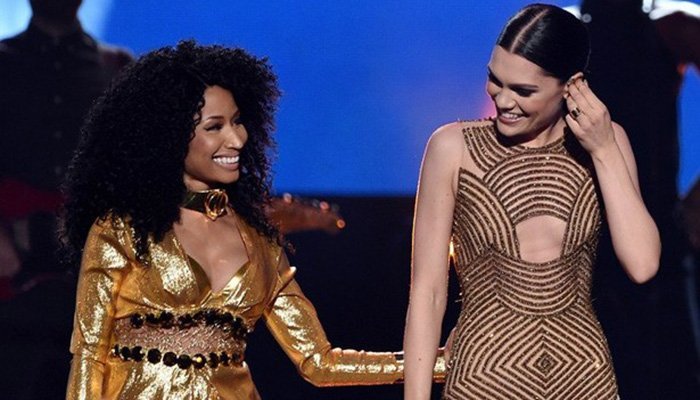 Jessie J has called for a ceasefire over the “Bang Bang” drama.

The singer took to Instagram to apologize to rapper Nicki Minaj and thank her for clearing up the origins of their 2014 hit with Ariana Grande.

“I’m sorry I got the story wrong all these years,” Jessie posted on Saturday. “I was told you heard the song and wanted to be on it by someone clearly gassing me up at the label.”

The disagreement began when Jessie, 33, said in a Glamour interview that Minaj heard the track and asked to be involved.

Minaj, however, tweeted (and then deleted) a different story.

“I didn’t hear the song & ask 2get on it. The label asked me2get on it & paid me. How would I have heard the song? Chiiille what am I the damn song monitor?” Minaj wrote.

In her Instagram post, Jessie tried to make light of the situation, writing, “If we can’t laugh in the lives we have been blessed with. What’s the point. It really isn’t that deep.” She also shared a number of the memes that have come out of the public spat and joked that this was a strange way to celebrate the song’s seventh anniversary.

“Should we all go for dinner?” she wrote. “No, probably not right.”

You can read Jessie’s full apology, along with the associated memes, here.

Actress Connie Ferguson takes a moment usually shared with Shona Ferguson on social media. In a video shared on her Instagram, the actress said the 8th of August is called Carpet Sunday for herself and her late husband, as the two will lie down on the carpet and discuss the bible and many other things.

Connie read a scripture “And I will ask the Father, and he will give you another advocate, who will never leave you. He is the Holy Spirit who leads into all truth. The world cannot receive him, because it isn’t looking for him and doesn’t recognise him. But you know him because he lives with you now and later will be in you.” – JOHN 14:16-17, and spoke about how it relates with her current situation. learn more