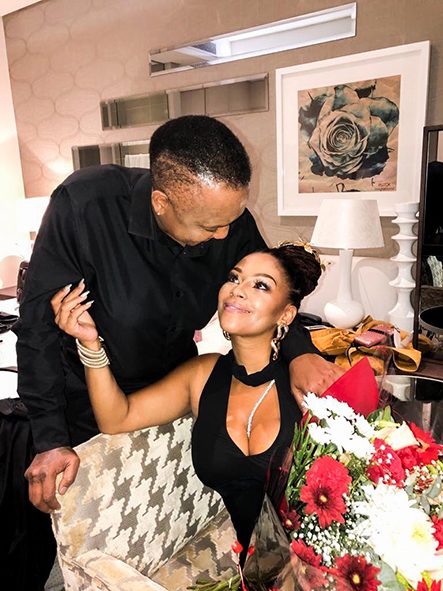 Generations The Legacy star Letoya Makhene, is hard at work with preparations for her traditional wedding with her partner Lebo Keswa.

The actress took to Instagram to inform her fans that she was busy shopping for her in-law’s blankets. Usually, in the African culture, both families have to exchange gifts during a traditional wedding, and woah, you can imagine how expensive that could be, but makoti is ready to spoil her in-laws with the best blankets.

Letoya said she was given a list of all the gifts she is expected to buy and she said she wants to gift them with the best double-ply and mink blankets.

Letoya and her partner recently made things official when Lebo got down on one knee and popped the question and paid lobola for her.

In an Instagram post on Tuesday, 17 November 2020, Letoya shared images of herself taken from the traditional lobola event that took place recently, and gave fans more insight into her relationship with Lebo. She explained that in just one week, they had moved on from being engaged to being traditionally bound together for life. She stated, “Here’s a fun fact! I was literally only her fiancé for a week before her family came to pay their respects to my family.

The lovebirds recently got engaged after a romantic hot air balloon ride. As soon as they landed there was a banner on the ground written “Will you marry me.”

In a video shared on social media by Lebohang she is seen popping the question to Letoya who seems excited and says “Yes”. In a video taken by Daily Sun at their engagement party, Letoya stated “We won’t say we don’t have our ups and downs because that’s what every relationship has but what I like is that our love conquers all.”

“When we started with this relationship, we got a lot of criticism but we’ve learned to live with them,” she said.

Letoya addressed men who were pestering her on why she chose to be in with Lebo instead of men. In a tweet, she wrote, “Let’s just get this out of the way once and for all please, and hopefully I won’t be asked this question again. To all the men who keep asking me why her? What do I see in her? Nywe nywe news … here’s my answer … she’s great in bed,” talk about defending your bae right?

Ntando Duma and Junior DeRocka were once one of our favourite celebrity couples. The rising stars were together several years ago and during their whirlwind romance, the young pair became first-time parents to baby Sbahle. Learn more