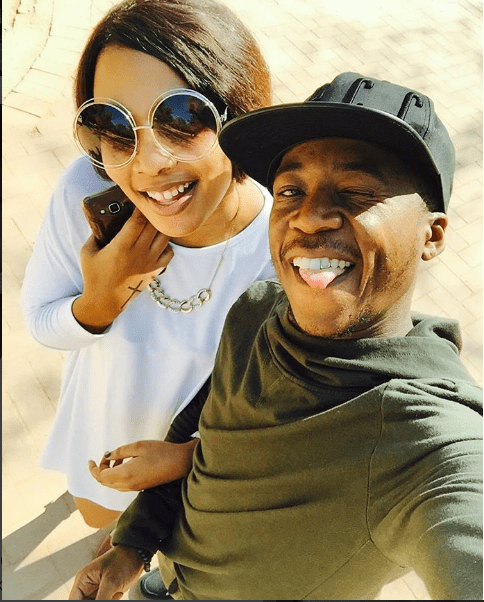 Black Motion’s Thabo Smol and Rakgadi Koetle seem to have called it quits again. After their nasty break-up in 2018, the couple had rekindled their love!

This follows an Instagram post by Rakgadi Koetle who confirmed this during a birthday shout out. After the birthday message, she posted pictures f them together often but it looks like that is all in the past. She has deleted all his pictures and unfollowed him.

Maybe it might have something to do with Zodwa Wabantu’s shocking revelation that she had s.e.x with Thabo in an interview with Mag G.

When the DJ wished her baby mama a joyful birthday, she gushed about having him in her and her daughter’s life. She also wished them a fruitful relationship that involves many children in the future.

Happy birthday, baby. Thank you for giving me the greatest gift which is our baby girl. I love you forever daddy! Here’s to many more years and babies together. I don’t have to write a long paragraph here you know how I feel, I show you everyday me and Refentse will make up for this day after lockdown. Enjoy your day,” she wrote.

The couple headed to splitsville 6 months after the birth of their daughter Refentse.

The break up which turned nasty saw family members intervening trying to mend their relationship.

Cassper Nyovest and Tshego‘s beef seems to have been re-ignited by a very distraught Tshego who wants what’s due to him. Today Tshego revealed that he has not been a paid anything for his music that he reportedly released whilst under Cassper’s label Family Tree. Learn more