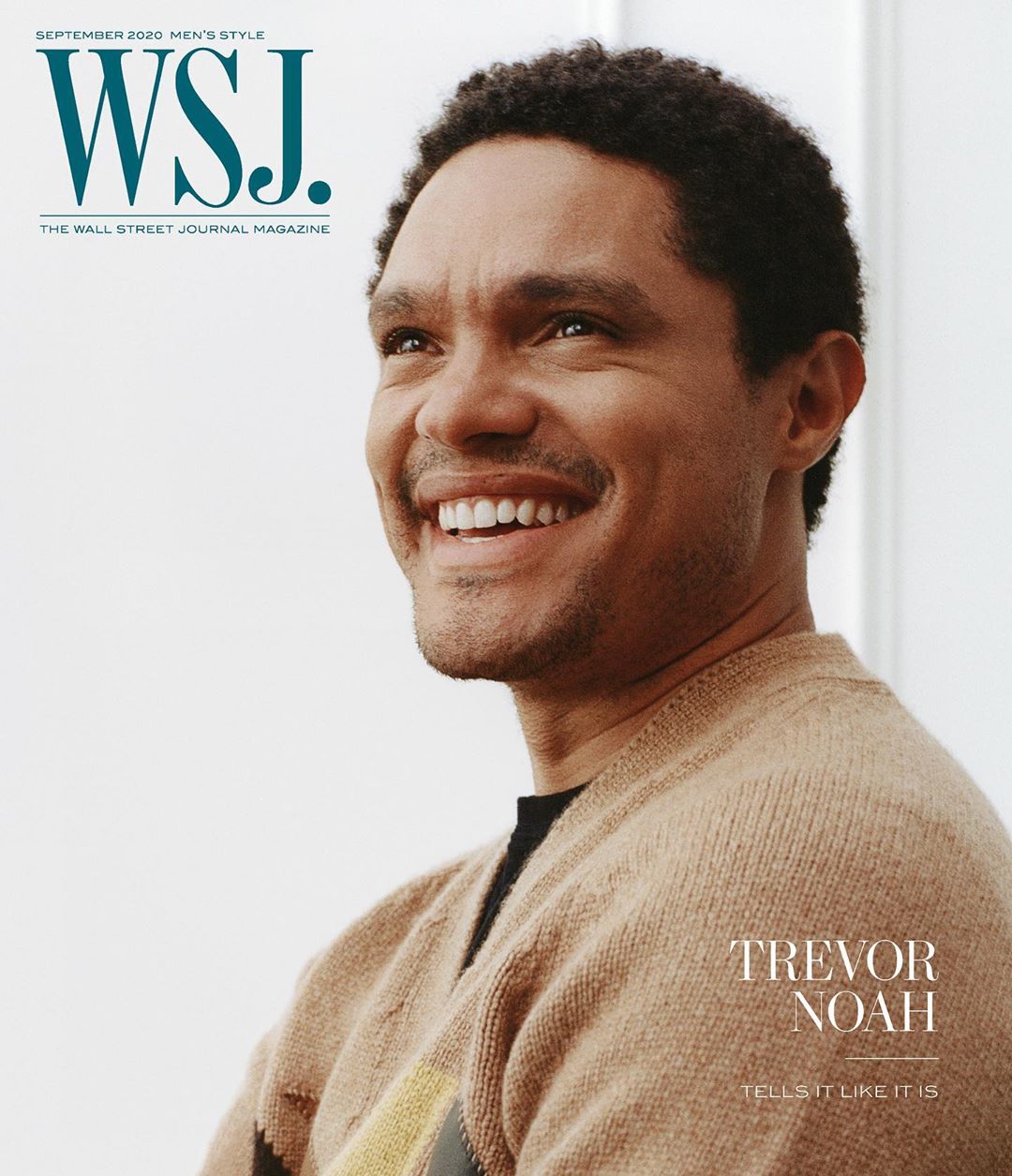 Noah took to his Instagram account to post a picture of the cover, with the caption: “Thank you for the great write-up @WSJmag 🙌🏾📝 @bystodghill 📷 @gioncarlovalentine,” he wrote. Local A-listers like Spingboks captain, Siya Kolisi, media personality, Bonang Matheba and TV presenter Anele Mdoda congratulated Noah on his accomplishment.

The Wall Street Journal also took to their Instagram page to post the cover picture and to pay Noah a fitting tribute. “@trevornoah is our September Men’s Style issue cover star! Exchanging a suit and TV studio for a hoodie and his Hell’s Kitchen apartment, where he has been shooting @thedailyshow, Noah has become a voice of calm clarity in a nerve-racking time.

“Social media has amplified his platform, as Noah has brought an element of comic relief while also channelling grief over racial injustice in viral YouTube videos. “Through it all, the comedian maintains the upbeat energy that’s defined his tenure as a late-night host. “You’ll never find me complaining about the pandemic,” he says.

“If you take me out of the studio, I’m still having these conversations in my apartment in front of a tiny little camera.

“That is what I do. And that is who I am.” Read the cover story at the link in bio. (🖋️: @bystodghill, 📷: @gioncarlovalentine, styling: @jasonbolden),” it read. In the cover story Noah gets candid about his five-year helm as “The Daily Show” host and answered his early doubters with relentless upbeat comedy that doesn’t pull punches – about the coronavirus pandemic, the U.S. struggles with racism or a social contract in need of repair. Noah previously graced the covers of GQ, TIME, Rollingstone, Deadline and many others in the past.