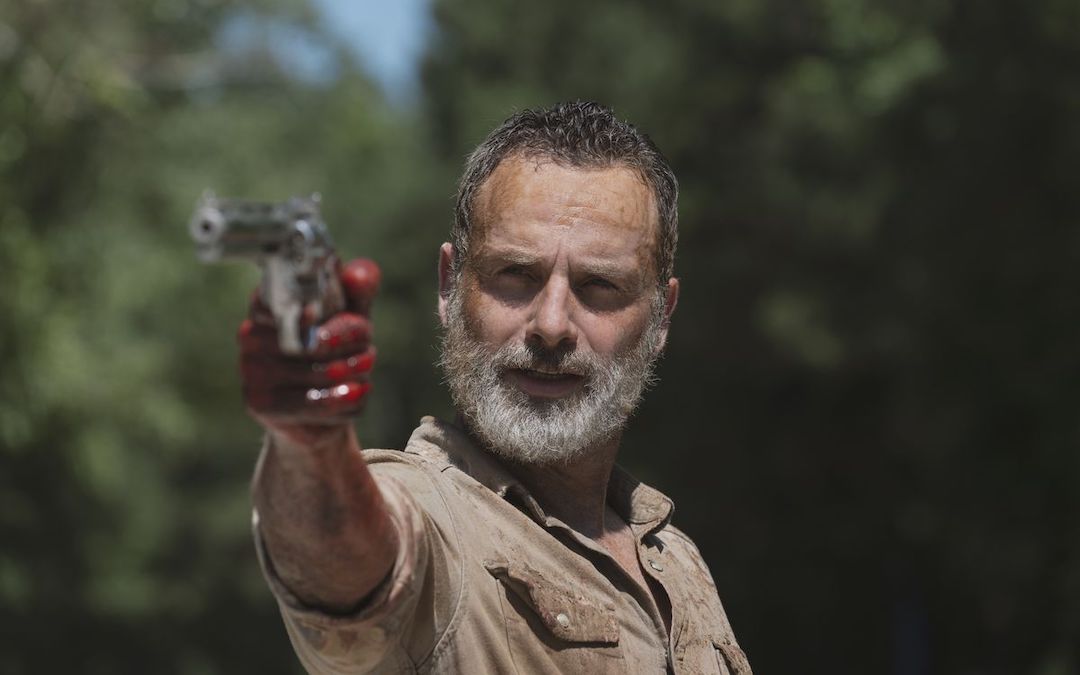 Andrew Lincoln has given an update about a planned The Walking Dead movie involving his character, Rick Grimes.

Lincoln, who left the long-running show in 2018, said a spin-off featuring his former character was still in the works.

Speaking to Collider about the project, Lincoln said they are still “working on it.” Lincoln also revealed how moved he was after being recently approached by a fan asking him to reprise his role.

Earlier this month (September 9), it was announced that the long-running series would be coming to an end after season 11. The network said that the final season would consist of 24 episodes, with the first half due to air in 2021 and the second half in 2022.

Several spin-off projects remain in the works, with an untitled TV project focusing on Daryl Dixon (Norman Reedus) and Carol Peletier (Melissa McBride) now green-lit and aiming for a 2023 release.

The two other TV spin-offs are Fear The Walking Dead, due to return this October, and The Walking Dead: World Beyond, also due for release this autumn. The additional project focusing on Lincoln’s character is said to be a trilogy of films.

Series creator Robert Kirkman had previously spoken about the Lincoln spinoff project in the summer, saying that lockdown had given them time to “cook” the script to make it “perfect.”

Speaking at the Skybound Xpo panel, Kirkman said: “There’s tons of stuff going on behind the scenes… I don’t want anyone to think that we’re just kind of waiting around for this pandemic to end.

“I would say that, if anything, the pandemic is going to make a lot of movies better. I think the Rick Grimes movie chief among them, just because we’re getting a lot more time to cook this thing and make sure it’s perfect.”

The Walking Dead is currently working towards the release of the much-delayed and anticipated season 10 finale, titled ‘A Certain Doom’.

It’s currently scheduled to air on AMC and Now TV on October 4-5.

In this article:Update about The Walking Dead movie