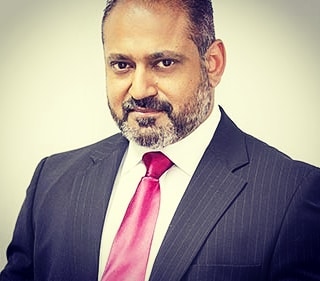 Actor Jack Devnarain has suggested that former SABC chief operating officer Hlaudi Motsoeneng was not the skilled leader he claims to have been during his testimony at the Zondo commission into state capture on Tuesday.

Instead, Devnarain, who played the role of Rajesh Kumar on popular SABC soapie Isidingo for 15 years, implied that Motsoeneng was clueless during his tenure as the broadcaster’s COO.

On Tuesday afternoon, Devnarain shared a dialogue between himself and Motsoeneng during a 2014 meeting in which the Isidingo cast raised their concerns.

Devnarain said the cast met Motsoeneng to discuss their grievances, but he apparently failed to take the matter further.

He said Motsoeneng appeared to have no understanding of their issues, saying he kept asking, “So, what are your concerns?” even after Devnarain read out a list of their grievances.

An actual conversation with SABC COO #Hlaudi in Nov 2014.

In other news – Memorial service for the late Chester Williams

The life of former Springbok and 1995 Rugby World Cup winner, Chester Williams is being celebrated, at a special memorial service at the University of Western Cape.