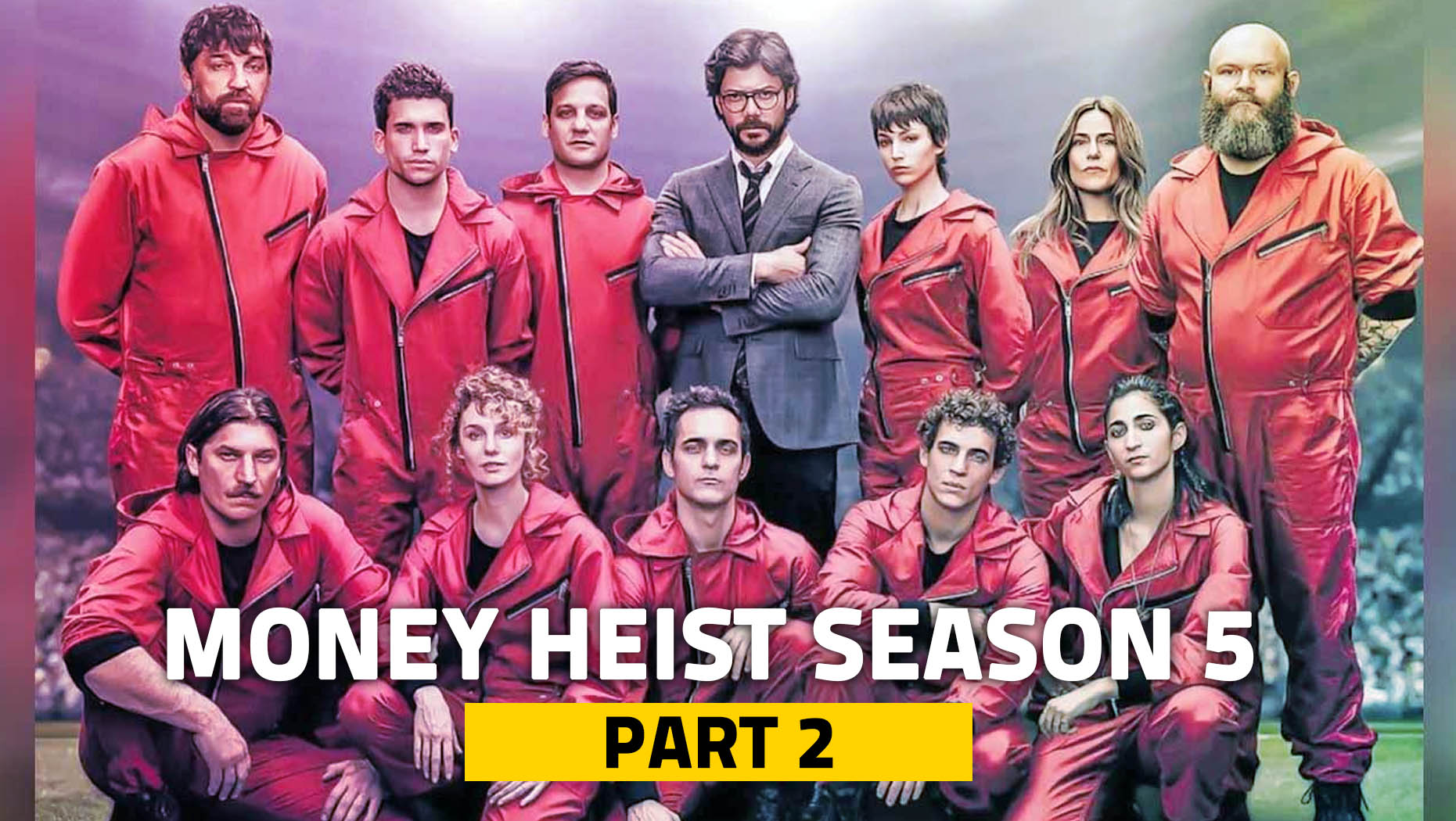 Money Heist Season 5 part one starts at a breakneck pace. It is action-packed, heart thumping and unpredictable. If its remaining episodes manage to keep the same flow, the finale season of the Netflix show is going to be explosive.

One year is a long time — long enough for a dreaded pandemic to spawn devastating variants, and for regimes to rise and fall. In the world of Money Heist though, the time has not just slowed down, it seems to be frozen. The bullets that were fired in the Spanish show’s season 4 will finally be finding their marks now.

But the Netflix show more than makes up for the wait by delivering a lesson in shock and awe. Money Heist doesn’t draw the curtains with its final season as much as it drops a rather heavy grenade and burns the whole thing down. The sexy gang in red jumps right into the action and doesn’t let it drop. You better be prepared for the ride because they are not going to make it easy with you. It is full throttle, baby.

The first episode takes off immediately after Lisbon’s entry into the Bank of Spain, and inspector Alicia Sierra grabbing The Professor from his hideout.

Though the first two episodes don’t tell us much about the actual motive (one can only guess) of Alicia to come after the master planner, we do expect some big revelations going forward. The fact that women get a bigger pie of the series is already well established. Lisbon or “Mrs Professor” is now calling the shots. In fact, after watching the initial episodes of the show, I only remember its women – Lisbon, Tokyo, Stockholm, Manila, and definitely Alicia Sierra.

Tokyo made a great sacrifice. Money Heist is not the same without her. #MoneyHeistSeason5 #LCDP5 pic.twitter.com/gsnWT1Y69k

GOODLUCK TO WHOEVER WANNA BREAK MY HEART CAUSE SHE ALREADY BREAKS IT, BIGTIME😭 Dec 3,2021 WILL BE FOR TOKYO😭✊🏻#MoneyHeistSeason5 #MoneyHeist #Tokyo pic.twitter.com/fmjgXjWeJA

Pop star Britney Spears dreams of tying the knot with Sam Asghari, according to an insider.

The 39-year-old pop star and Sam, 27, have been dating since 2016, after meeting on the set of Britney’s ‘Slumber Party’ music video, and the loved-up duo are now ready to get engaged.  Learn more

In this article:#MoneyHeistSeason5, Netflix show