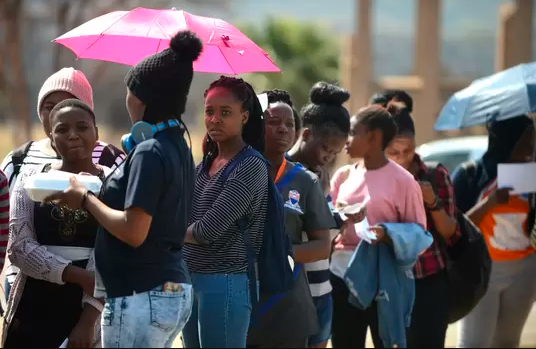 The National Student Financial Aid Scheme (Nsfas) applications for students who were not able to apply for funding for the 2021 academic cycle is set to open tomorrow.

This comes after the Nsfas board decided to request the database of the unfunded 2021 registered students who were eligible for funding in all universities.

The Ministry of Higher Education, Science and Innovation explained in a statement that Nsfas took the decision after carefully considering the plight of currently registered university students who were unable to apply for funding during the application window due to various reasons.

Minister of Higher Education and Training Blade Nzimande has since welcomed the decision, saying the move was aimed at alleviating the financial burden of eligible and deserving students.

Nzimande said the decision was also aimed at minimizing the burden of student debt.

The initiative was not intended to create any future precedence, said Nzimande, further indicating that available funds were also considered before the decision was taken.

Universities are required to send its lists by no later than 17 August to be considered for the once-off application period.

Universities are also encouraged to notify students to apply and have all the relevant supporting documents when doing so because no applications would be accepted after the closing date.

Who qualifies?
The concession is applied only to qualifying students who are registered in the 2021 academic cycle and are without any other form of bursary and requisite financial support.

Nsfas funding is available for any of the 26 public universities or 50 technical vocational and educational training (TVET).

What does the NSFAS funding cover?

According to the Nsfas, the provided financial support to disadvantaged students will cover for:

Mohale Motaung confirmed that he married his estranged husband, Somizi Mhlongo in the community of property which, by law means he is entitled to 50% of everything the media personality owns.

Earlier this month a local publication leaked audio clips between Mohale Motaung and the producer of Living The Dream With Somizi where the Rockville actor claimed that he was physically and psychologically abused by his estranged husband. Learn more