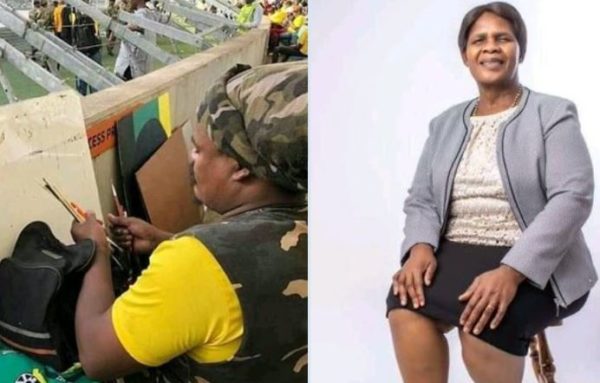 Mzansi pleads with Rasta to allow the dead rest in peace. This statement was made after the celebrity painter expressed condolence to the Obani Lababantu hitmaker, Gee Six Five, who was announced dead on Wednesday morning, after battling COVID-19.

Rasta shared photos of himself smoking, and captioned it with: “Just landed in the Mother City to pay my last respects.

Just landed in the Mother City to pay my last respects#RIPANELENGCONGCA#RIPGeeSixFive pic.twitter.com/vgRGcAgT7d

Mzansi Twitter expressed their fear in his painting, as it is believed that the smoking effect might get the painting worse. The painter trends on social media with users begging him to take a break off painting celebs who have passed on.

I wonder who invite you to all these funerals Rasta. pic.twitter.com/eCziMQUWZK

Ntando Duma and Junior DeRocka were once one of our favourite celebrity couples. The rising stars were together several years ago and during their whirlwind romance, the young pair became first-time parents to baby Sbahle. Learn more