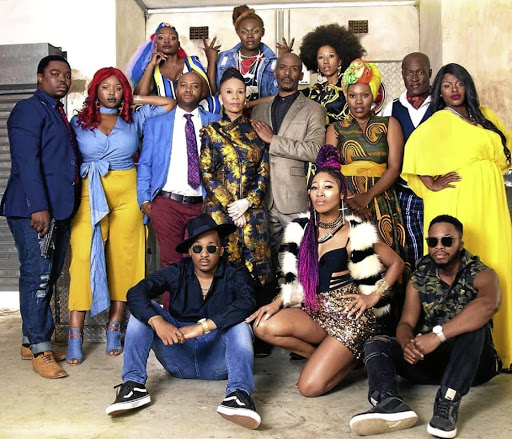 SABC1’s primetime weekday telenovela Uzalo has been signed up on a new 3-year agreement.

In a statement, SABC 1 said, “SABC 1 is pleased to announce a 3-year agreement with Stained Glass, the producers of the ever so popular drama series Uzalo. It is the first time that such a long-term arrangement has been put in place and it represents an unequivocal vote of confidence the channel places in Mzansi’s best performing soapie by far.”

“Uzalo has earned it and its performance speaks for itself. The property has broken a set of records in the industry for a soapie or a long-running drama series. It’s the youngest entry in the SABC stable and it is phenomenal what the property has managed to achieve despite the challenges this year has shown not only in the broadcasting landscape but the country as a whole. ” said Sane Zondi, SABC 1’s Programmes Manager.

This comes, after just recently, Uzalo was put on notice to come up with creative storylines or face being canned following months of “boring” content and declining viewership.

The soapie has been shedding viewers quickly, which is a concern for SABC’s top management and several members of the board.

The soapie’s viewership hit 11.4 million in April before dropping to 8.8 million in October, according to the latest data by the Broadcast Research Council of SA.

SABC 1 said that this long-term arrangement will provide the SABC and the production team ample time to invest more in workshopping storyline developments with the view to producing more powerful storylines thus impacting positively on the overall quality of the show.

“Uzalo has registered the highest stats in the country, reaching numbers no other television property has been able to match in the local television landscape thus far. Since Covid-19 and the commencing of lockdown, which saw the series forced off-air for a 5 week period, the numbers for the show experienced a slight drop (as has been the experience with almost all television shows) however, Uzalo has continued to be the highest achiever to date,” SABC 1 said.

“Even under lockdown conditions in April 2020 the property continued to perform well above expectations hitting an average of 10.1 million viewers. On two occasions Uzalo hit 11.4 million (15/04) and 11.1 million (24/04) remaining the top-performing property on both terrestrial channels and DStv channels. Uzalo is currently averaging 8.2 million viewers with a 53.5% share of 4million viewers watched via the DStv bouquet making it the top watched programme on DStv as well.”

Uzalo’s brand new season will premiere on SABC 1 in March 2021.

In other news – Lesedi, daughter of actress Connie Ferguson gets ignored by her crush after sending hot photo

Who is this crush, lol? Why did he or she have to do her like that? Like, after the effort she put to look good!

Connie Ferguson’s daughter Lesedi Matsunyane Ferguson, had an awkward moment when she was aired by her crush. Just when you thought it’s us normal people who are aired by their crushes think again. Learn More

In this article:SABC 1, Stained Glass, Uzalo