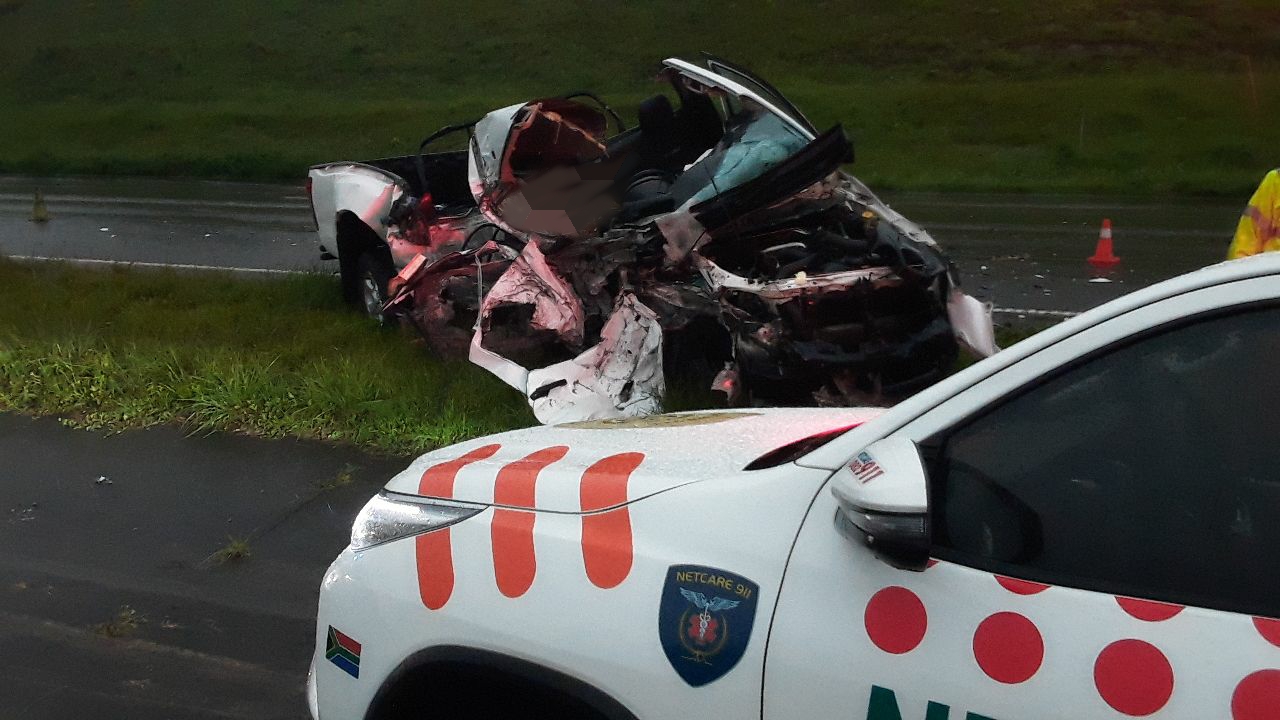 Reports indicated that a bakkie and a truck were involved in a collision.

Medics assessed the scene and found that the only occupant of the bakkie, an adult male had sustained fatal injuries and was sadly declared deceased on the scene.

The driver of the truck was not injured.

In Other News – Drama as actor Vuyo Dabula (Gadaffi) wants his job at Generations: The Legacy back after dumping the show

Vuyo Dabula has apparently changed his decision to leave SABC1’s Generations: The Legacy.

Previously, he asked to be released from his contract to shoot Netflix’s Queen Sono, which has been cancelled.

Sources told a local publication the star, who plays Gadaffi on the show, backtracked on his request to be released but producers wouldn’t budge. learn more

In this article:bakkie slams into truck