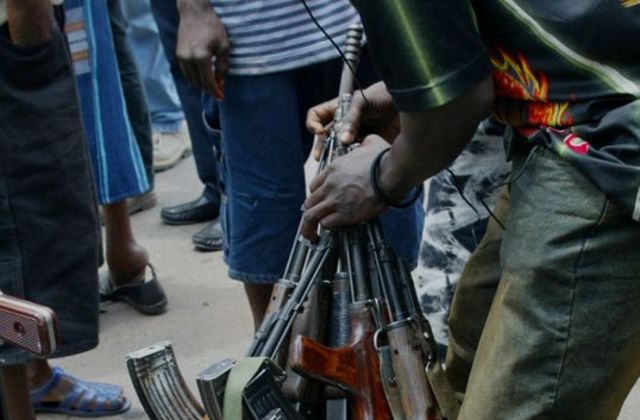 A former warlord will become the first Liber

Liberia’s former warlord-turned-president Charles Taylor was convicted in 2012 of war crimes and crimes against humanity — but that was over atrocities committed in neighbouring Sierra Leone, not in his own country.ian to face a war crimes trial over alleged atrocities during the country’s 1990s civil war when he goes on trial in Switzerland on Thursday.

Alieu Kosiah, who was arrested in Switzerland in 2014, stands accused of murder, rape and a string of other crimes during the first of Kosiah’s trial marks several milestones according to Human Rights Watch, which points out that he will be the first person ever tried for war crimes in a non-military criminal court in Switzerland.

He will also be the first Liberian to face trial over war crimes committed during its first civil war, from 1989 to 1996, the rights group said.

Switzerland recognises the principle of universal justice, allowing it to try people suspected of committing the most heinous international crimes regardless of where they were committed.

But this is the first time its civilian court system will hear an international war crimes case.

Kosiah’s trial before the Swiss federal court in the southern city of Bellinzona had been repeatedly postponed due to the coronavirus crisis.

But even as Switzerland remains hard-hit by a second wave of Covid-19 infections, the judiciary finally managed to set the date for the initial part of the hearing, which is due to last until December 11.

Kosiah’s alleged victims will not be able to come from Africa to testify until next year. Civitas Maxima, an organisation representing them, has voiced outrage that the trial is starting without them.

“Kosiah maintains that everyone is lying and that he has committed no crimes,” Civitas Maxima lawyer Romain Wavre told AFP.

“We therefore asked that Kosiah’s hearing be delayed until 2021, so that our clients, the victims, could be present.”

The Swiss prosecution accuses Kosiah of a string of war crimes while he served as a commander of the United Liberation Movement of Liberia for Democracy (ULIMO) — an armed group created to fight Taylor’s rebel force.

Among the charges is the recruitment of children as fighters, pillaging, ordering killings and committing murder himself.

Cruel treatment of civilians, the defamation of corpses and rape are also listed among the accusations.

The charges reflect the brutality of Liberia’s two civil wars, which were marked by numerous massacres committed by often drugged-up fighters, mutilations, and sexual violence used as a weapon of war.

The widespread use of child soldiers and even cannibalism were also among the horrors seen during this grisly period.

Most of the commanders of the different groups fled the country after the wars ended in 2003 and, like Kosiah, a number of other suspected Liberian war criminals have been arrested abroad.

But more than 15 years after Liberians laid down their arms, many of those in charge back then still hold positions of political and economic influence in the country.

And many of the recommendations put forth in a 2009 Truth and Reconciliation Commission report have remained unimplemented.

The underlying causes of the conflict — including ethnic divisions and economic disparities — remain strongly felt in Liberian society.

“Many victims in Liberia feel an enormous frustration,” Civitas Maxima director Alain Werner told AFP, pointing to the “complete impunity that reins in the country for past war crimes.” back-to-back civil wars, which together killed some 250,000 people between 1989 and 2003.

No Liberian has ever been convicted — either in the west African country or anywhere else — of war crimes committed during the conflict.

The actress recently said she does not know who Duduzane is. This is after a Twitter user accused Duduzane of lying in his recent interview with Mac-G where he also denied that he and Thuli are not an item. Learn more