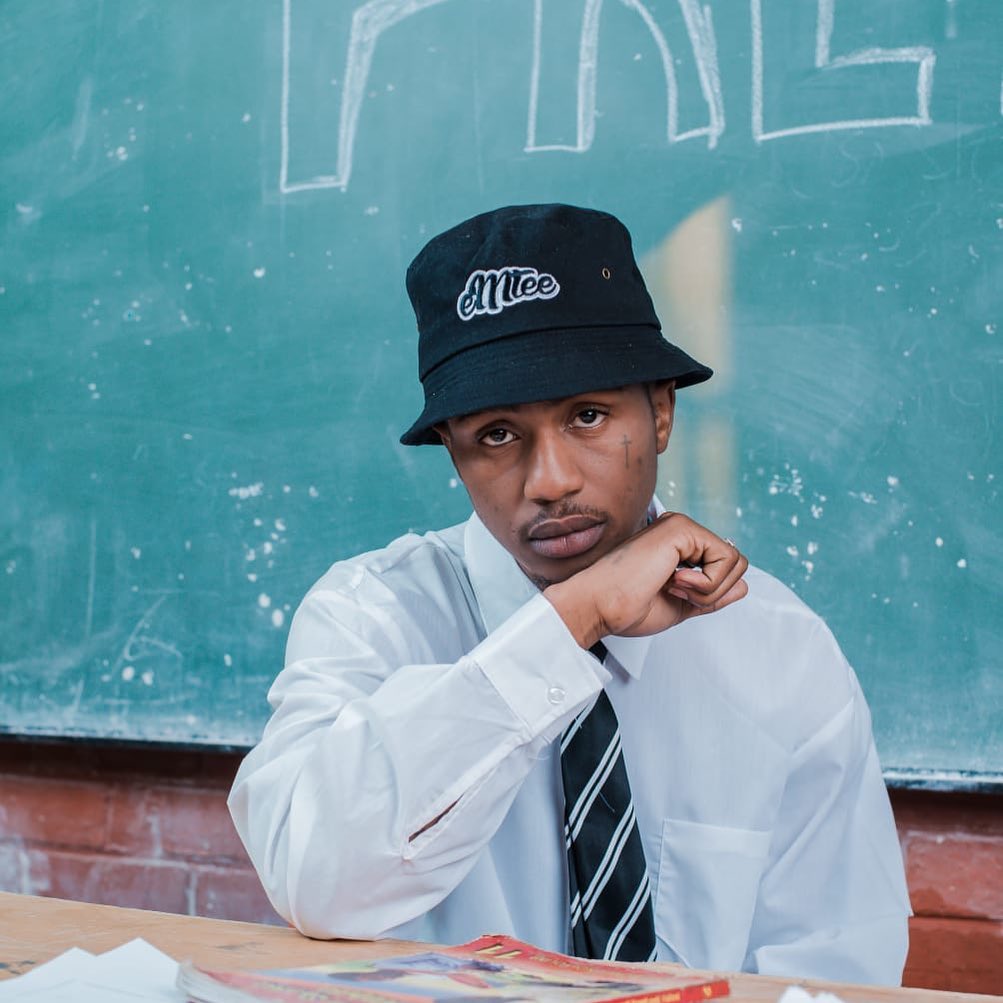 Emtee‘s fans cannot ignore the signs of crying out for help as their fave is tweeting some very cryptic tweets lately. At first, the rapper opened up about the abuse he suffers at the hands of his fiancé and mother of his two boy’s in collusion with her family.

Recently he took to Twitter and started planning his own funeral talking about the type of music to play and what weed to smoke as well as the cars that would be present on the day. A bit unusual and concerning especially looking at his history of abuse he suffered at the hands of a loved one.

“At my funeral, play my music, roll big blunts, spin a car or two, play trap music only! Ghetto Gospel,” he tweeted.

Knowing his history and pain, fans pleaded with the rapper to not take his own life. This can be seen as being a bit too dramatic seeing how it is not the first time he has tweeted about such.

He also threw a bit of shade at Nicole Chinsamy, who he had called fake in one of his Twitter rants.

“No opps no fakes at my funeral please.”

Emtee has also revealed that he has not been at peace for some time now, two years to be exact. This has also affected his music career in a way but ever since getting a few things off his chest, the rapper says his pen game is back and stronger than ever.

“Haven’t sat down, be at peace to write music in two years. I bought myself a A4 counter book yesterday and I’m going back to basics. I’m working on my after death type album. My pen game has grown,” he tweeted.

At my funeral, Play my music, Roll big blunts, spin a car or 2, Play trap music only! Ghetto gospel

Just over two weeks ago, Emtee exposed his fiancé’s abusive ways revealing that she physically abuses him and often leaves him bruised. “Can I be single please. I’m a man of peace.

Somebody please help! She has even called the police on me twice, but I was completely innocent. They even took my weed. She says I hit her but it is the other way around, and she cusses at me.

“I do not want anything now. She calls her very buff brother, uncles, and even her mother to come and hit me. Her mother chocked me and I saw the evil in her as she was holding me by the throat against the wall. I will die for things I do not know about because of this woman. I don’t know why she always tryna make me feel like I ain’t sh*t when I’m a goat of note,” he tweeted.

Nicole contradicted his statements by defending herself in an Instagram post saying, “I have constantly avoided resorting to public platforms to defend myself as this is not the first time my character has been brought into question. In 2018 Mthembeni’s (Emtee) parents, through a newspaper outlet, made baseless accusations against me.

“I have always taken into consideration the adverse effects that public statements could potentially have on Mthombeni’s career hence my reservation.”

In other news – Somizi fired after making fun of poor people

Surely social media streets are for those with thick skins, especially our celebrities who go through criticism almost on a daily basis!

The life of a celebrity needs careful treading and Somizi Mhlongo has just felt the brunt of Tweeps vengeance after he reportedly bullied a tweep. What followed was an ambush on Somizi as he was taken back to the days he was struggling. Learn More