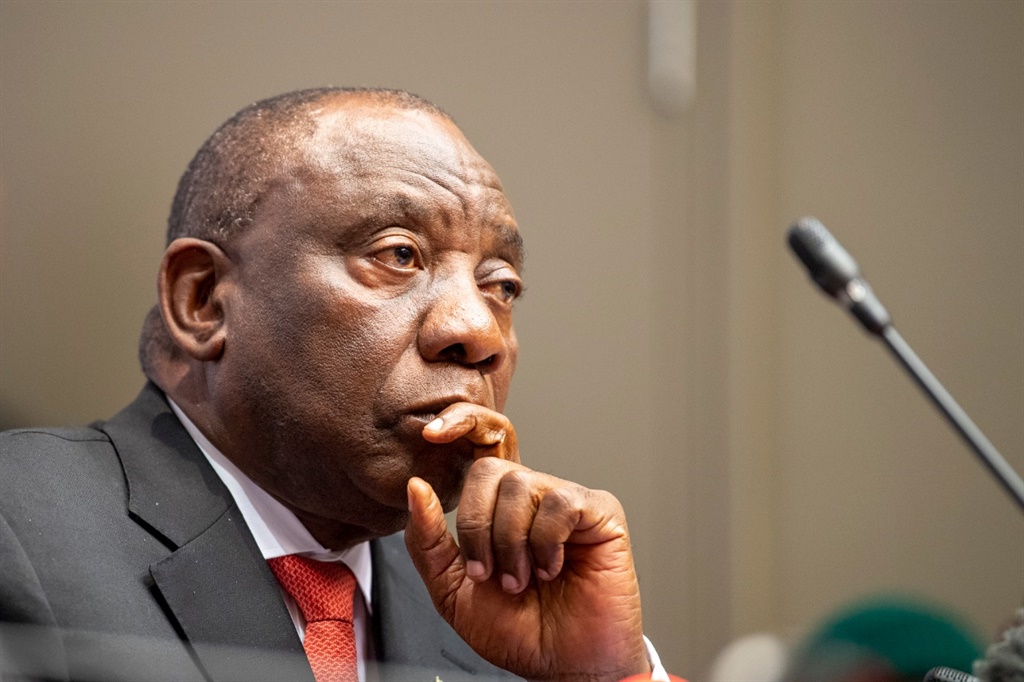 Seale was responding to questions about Ramaphosa’s health after minister in the presidency Jackson Mthembu told journalists at the Union Buildings in Pretoria that Ramaphosa couldn’t meet the National Education, Health and Allied Workers’ Union (Nehawu) because he was “really sick” and under the blankets.

Mthembu said Ramaphosa spoke briefly with Nehawu president Mzwandile Makwayiba and an arrangement was made for Ramaphosa to meet with the union’s leadership this week, most likely on Wednesday.

“The only person who can deal with these issues properly and listen to what Nehawu has to say is our president and he is available on Wednesday because today he is really sick – he is in blankets as I speak.”

Nehawu members – who are protesting about the possibility that salaries of public servants will not being increased this year, as well as alleged lapses in the provision of personal protective equipment (PPE) for front-line workers during the Covid-19 pandemic – staged a demonstration at the Union Buildings on Monday.

The union had handed its memorandum to the government on September 3 and gave Ramaphosa a week to respond to their demands.

Part of Nehawu’s demands for improved workplace safety is the procurement and provision of adequate PPE for front-line workers, based on “credible figures of the total workforce” and the type of work performed by occupational categories of employees.

“We [also] demand government urgently fill all vacant posts in the public health-care sector and ensure that we start to build the building blocks for the implementation of the National Health Insurance [NHI] scheme,” said the union.

On Monday morning, Nehawu spokesperson Khaya Xaba said they would protest at the Union Buildings until Ramaphosa responds adequately and positively to the memorandum of demands submitted to him earlier this month.

“Unfortunately, since we submitted the memorandum of demands to the president of the republic, he has not responded to our demands as he was given seven days to respond which expired on September 10,” said Xaba.

In this article:Ramaphosa is 'really sick' according to Mthembu