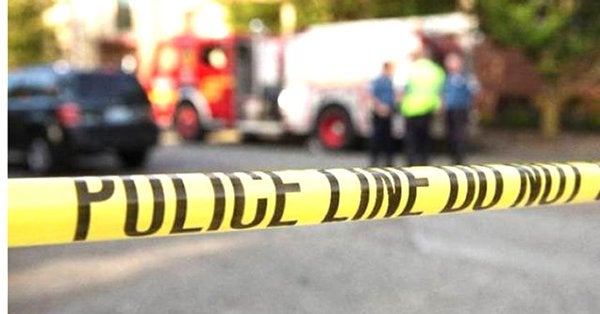 According to Crisis Medical’s Kyle van Reenen, the victim, a man believed to be in his 30s sustained a single gunshot wound to the chest.

“An unknown amount of money was taken in the robbery. Reports from the scene indicate an armed gunman entered the bank, robbed the victim of money and fired a single shot striking the man in the chest. The man was declared deceased by paramedics. The suspects fled the scene in an awaiting getaway vehicle,” he said.

Van Reenen added that members of the Greenwood Park SAPS and Marshall Security were currently searching for the getaway vehicle. No other injuries were reported in the robbery. Northglen News is awaiting comment from FNB, where the alleged incident is said to have occurred.

The incident does not represent what we stand for,’ the former minister told the press.
A South African envoy expressed the country’s “sincerest apologies” to Nigeria on Monday, after a wave of anti-migrant attacks swept through Johannesburg and surrounding cities in recent weeks, fuelling diplomatic tensions.

A meeting with Nigerian President Muhammadu Buhari in the capital Abuja was held to convey President Cyril Ramaphosa’s “sincere apologies about the incident that has recently transpired in South Africa,” the special envoy, Jeff Radebe, told reporters. Read more

In this article:Durban North armed robbery, Man shot dead, man was shot dead inside a bank on Chris Hani Road