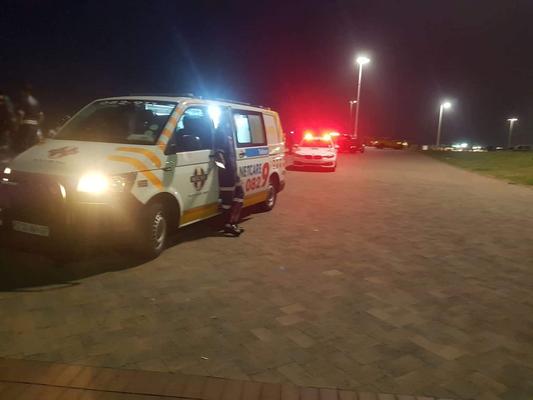 The shooting, outside the Shoprite on Kenyon and Howden Road in Montclair, left the man’s vehicle riddled with bullets. A Durban man thought to be in his 40s had to be hospitalised after he sustained serious gunshot wounds, paramedic services said on Thursday.

Rescue Care spokesperson Garrith Jamieson said the shooting, outside the Shoprite on Kenyon and Howden Road in Montclair left the man’s vehicle riddled with bullets.

“Advanced life support medics were on scene to stabilise the man before taking him to a hospital for further care. Police are on scene to investigate.

In other news – Chester Williams obituary

In 1994, one year after he had won his first cap for South Africa and become only the third non-white person to play rugby for the Springboks, Chester Williams, who has died aged 49 following a heart attack, was invited to the home of the country’s new president Nelson Mandela for lunch. The pair talked about the Rugby World Cup, which South Africa was hosting the following year, and the role the sport could play in helping to unify a nation after the divisiveness of apartheid.

Williams, a wing who rose to the top more through willpower and dedication than innate ability, became the poster boy of the 1995 World Cup, although a hamstring injury he sustained in the build-up against Western Samoa meant he was initially left out of the South Africa squad. He was called up for the knock-out stage after Pieter Hendriks was suspended following a fight during the final group game against Canada. Read more

In this article:Durban man, Durban man in critical condition after shooting