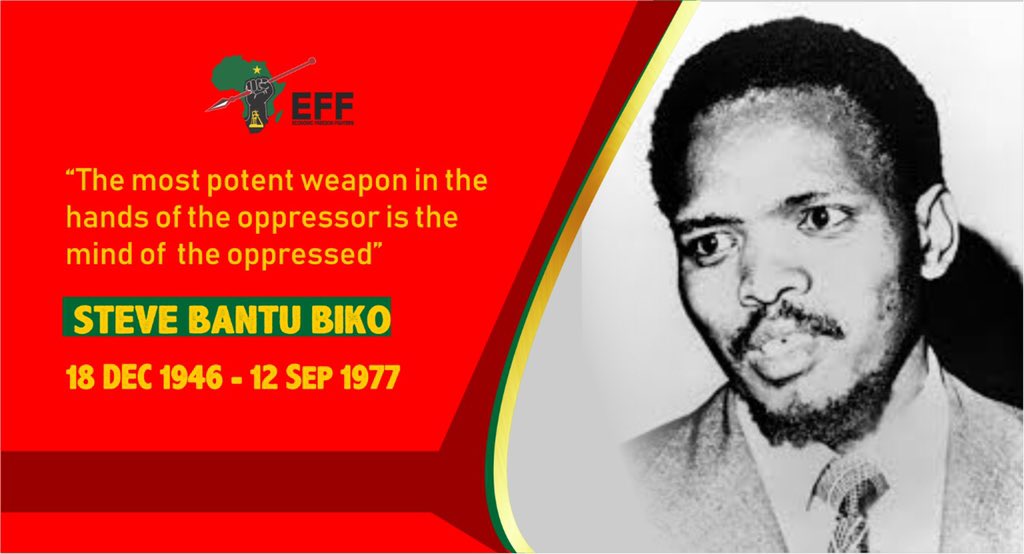 Forty-two years since his brutal demise at the hands of a brutal and oppressive regime Steve Bantu Biko was remembered on Thursday by organisations and people across South Africa as a martyr who paid the supreme price for the country’s liberation.

The Black Land First (BLF) on Thursday visited the family of slain Johannesburg taxi driver Jabu Baloyi, who was shot dead while attempting to stop a drug lord from selling drugs to young children in Johannesburg two weeks ago. BLF Deputy President Zanele Lwana said that Biko, through his own example, taught people that true leadership is selfless.

“Black First Land First regards the actions of the late taxi driver, Jabu Baloyi, as revolutionary. Mr Baloyi is an unsung hero of the oppressed and forgotten. He stood up at the time when our leaders are absent in the midst of a deep crisis in the black community.

“BLF shall pay its respect to the Baloyi family as part of our commitment to the ideals for which Steve Biko was prepared to lay his own life for. Love for black people, to the point of sacrificing one’s own life for others, is dear to the black consciousness ideal,” Lwana said. Lwana added that Baloyi had embodied this value and that it was not by accident that he is not held up as a national hero because the values that he displayed threaten the self-interested political leadership of South Africa.

Mbuyiseni Ndlozi, EFF spokesperson, dared black South Africans, in Biko’s name, to unite and to dispel any history, symbol or narrative that mobilised them to hate each other and themselves as individuals. I dare you to love yourself and reject all forms of negation and self negation that mobilises you to look down on your blackness,” Ndlozi posted on his Twitter account.

Speaking at the EFF’s memorial service held in honour of the late former Zimbabwean president Robert Mugabe, the party’s leader Julius Malema said that Biko’s ideas should be saluted and key among those was to free black minds they succeeded in ending his life, his ideas continue to live on to inspire future generations

We have to free our thoughts about Mugabe that have been sponsored by the enemies. In the name of Steve Biko, in the name of Black Consciousness, we call up the black child to free your mind from the hands of eNCA, BBC, CNN, FOX News, white monopoly owned publications,” Malema said. South Africans meanwhile, took to social media to remember the struggle icon decades after his passing.

In other news – Durban man in critical condition after shooting

The shooting, outside the Shoprite on Kenyon and Howden Road in Montclair, left the man’s vehicle riddled with bullets. A Durban man thought to be in his 40s had to be hospitalised after he sustained serious gunshot wounds, paramedic services said on Thursday.

In this article:citizens pay tribute to Steve Biko