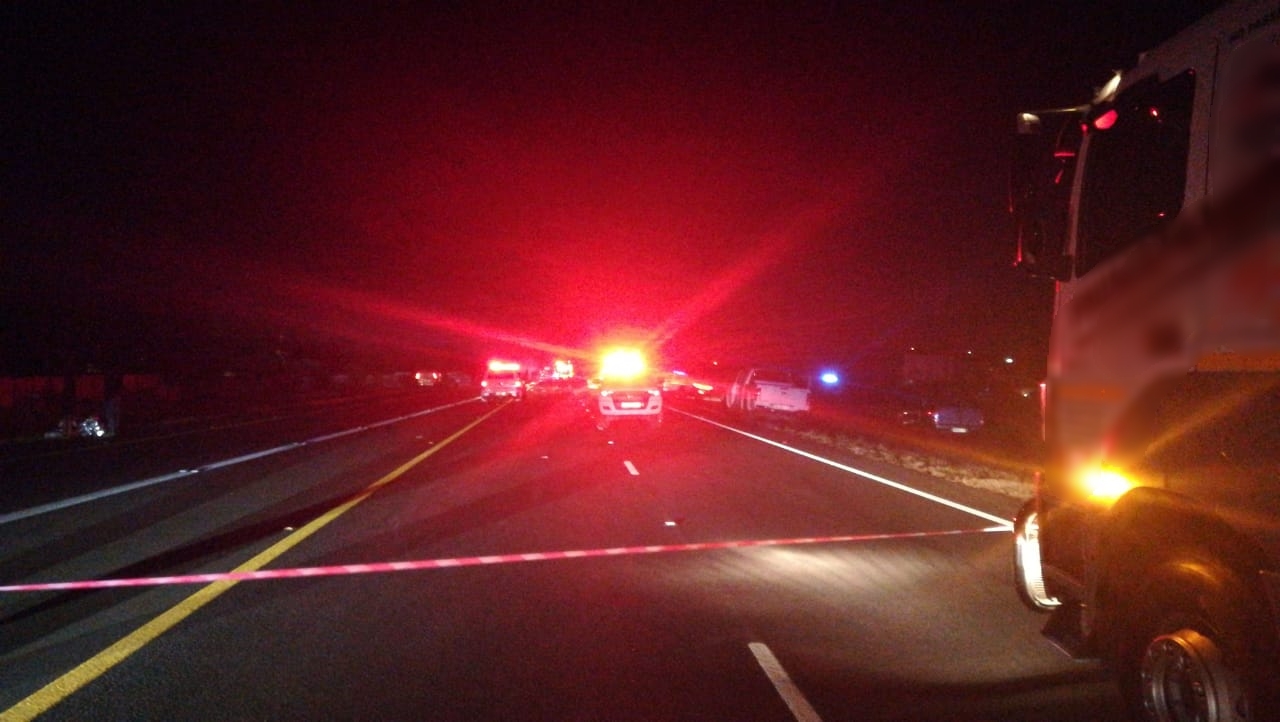 At 21H07 Sunday night, Netcare 911 responded to reports of a collision on the N1 just after Curie Road in Pellissier Bloemfontein.

Reports from the scene indicate that a mini-bus taxi, light motor vehicle and another vehicle towing a trailer full of LP gas were involved in a collision.

The vehicle towing the gas had caught alight resulting in the LP gas tank exploding. Medics assessed the scene and found that three people had sustained fatal injuries and were declared deceased on the scene.

Once treated and stabilised all the patients were transported by various ambulance services to hospital for further treatment. All necessary authorities were on the scene.

In Other News – Businessman Sam Mshengu arrested by the Hawks

The Mpumalanga-based logistics operator became a household name earlier this year during the Durban July when he arrived in a convoy of 72 luxury cars. News broke on Sunday evening that businessman Sam Mshengu of Sam Holdings had been arrested by elite police investigative unit the Hawks in the Mpumalanga town of Emalahleni.

After journalist Sabelo Skiti confirmed the news, The Citizen called Hawks spokesperson Brigadier Hangwani Mulaudzi, who said they would only release an official statement about the arrest on Monday.

Skiti suggested that the case is linked to an investigation of Mshengu’s citizenship status that was initiated by the department of home affairs, with other reports suggesting that he is actually from Zimbabwe and may have allegedly obtained his South African citizenship illegally. see more