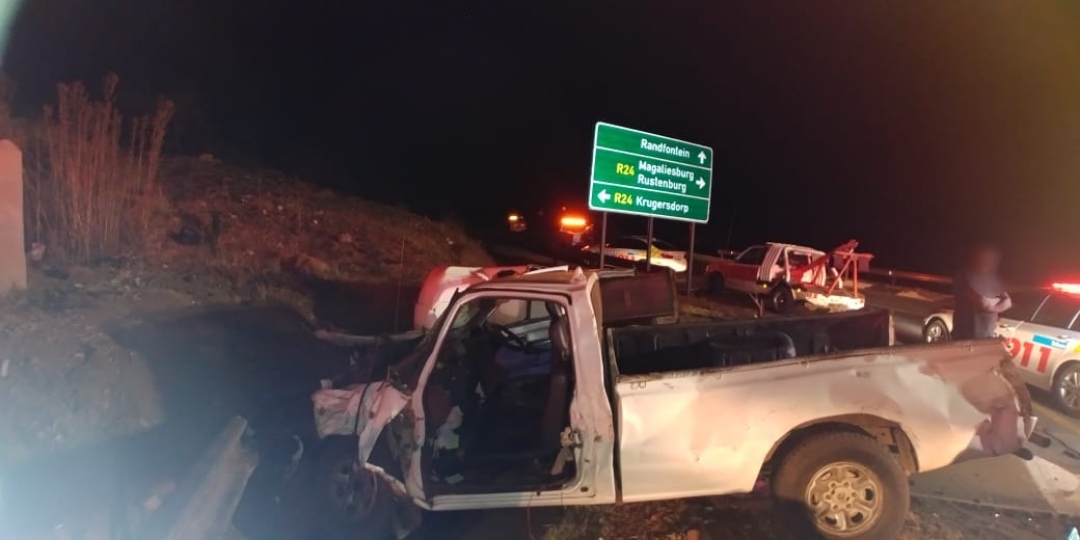 At 21H51 Sunday night Netcare 911 responded to reports of a collision on the R24 Rustenburg Road near the R400 in Orient Hills. Reports from the scene indicate that two light delivery vehicles were involved in a partial head on collision.

Medics assessed the scene and found that five males and two females had sustained injuries ranging from moderate to serious.

Another adult male believed to be a passenger was found to have sustained fatal injuries and was declared deceased on the scene.

Due to the nature of two of the patients injuries the Netcare 1 Specialised Helicopter Air Ambulance was activated to airlift an adult male and adult female to a specialist facility.

Once treated and stabilised all the patients were transported by ambulance to hospital for further treatment. All necessary authorities were on scene.

Three people arrested in the kidnapping Amy’Leigh de Jager are expected to appear in the Vanderbijlpark Magistrates court on Monday.

The six-year-old was taken from her school last week but then released. One of the suspects is a teacher at her school and is known to the parents. Read more

In this article:head on collision accident, One dead