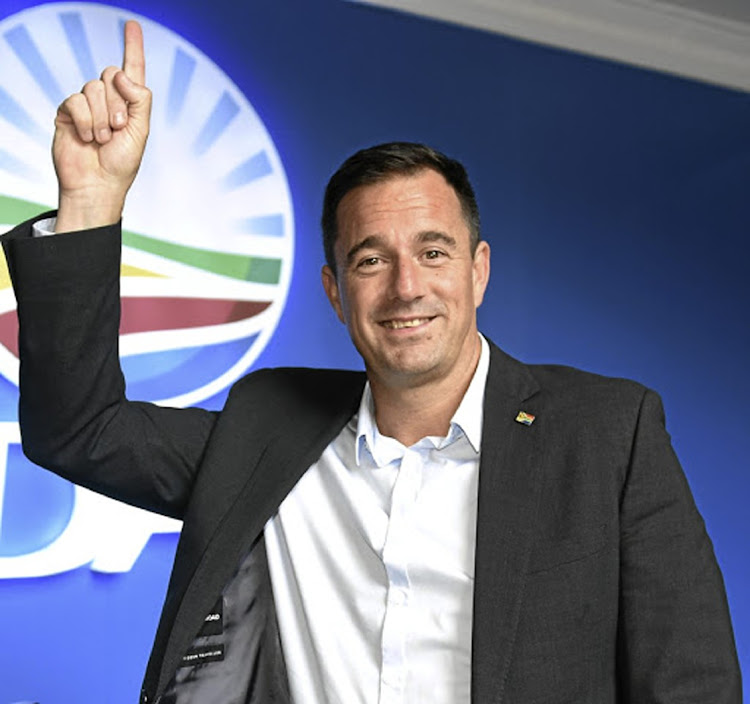 Democratic Alliance (DA) leader John Steenhuisen is to take the plight of North West black farmers to parliament after they complained their call for help had been ignored by the government.

Steenhuisen visited black farmers in Ramatlabama, near the Botswana border in the North West, where the DA made a commitment to support emerging farmers.

The farmers were frustrated that government did not support or “want to see successful black farmers”.

Their concerns were being ignored by the department of agriculture, land reform and rural development, they claimed.

They told Steenhuisen they wanted to get title deeds to their ancestral land but their pleas had fallen on deaf ears.

They claimed to have signed lease agreements for the land they occupied but did not even get documents to prove it.

Steenhuisen said the DA would assist the Ramatlabama farmers “much like we assisted and won the case of the 80-year-old David Rakgase from Limpopo in getting a title deed for his farm”.

He pledged to take their concerns directly to parliament and to court, if necessary, to ensure that black South Africans owned their land and could use their assets to build generational wealth for their families.

Steenhuisen also paid a courtesy visit to Seremane at his home in Mmabatho, North West.

“It was my first visit to the NW as leader of the DA and Mr Seremane was and remains a huge inspiration to me in my political life. Seremane served in the DA for more than 15 years.

Actress and producer Ayanda Borotho‘s comments about Smeg did not sit well with some of her followers.

The former Isibaya star recently took to Instagram to flex about her book. Learn more