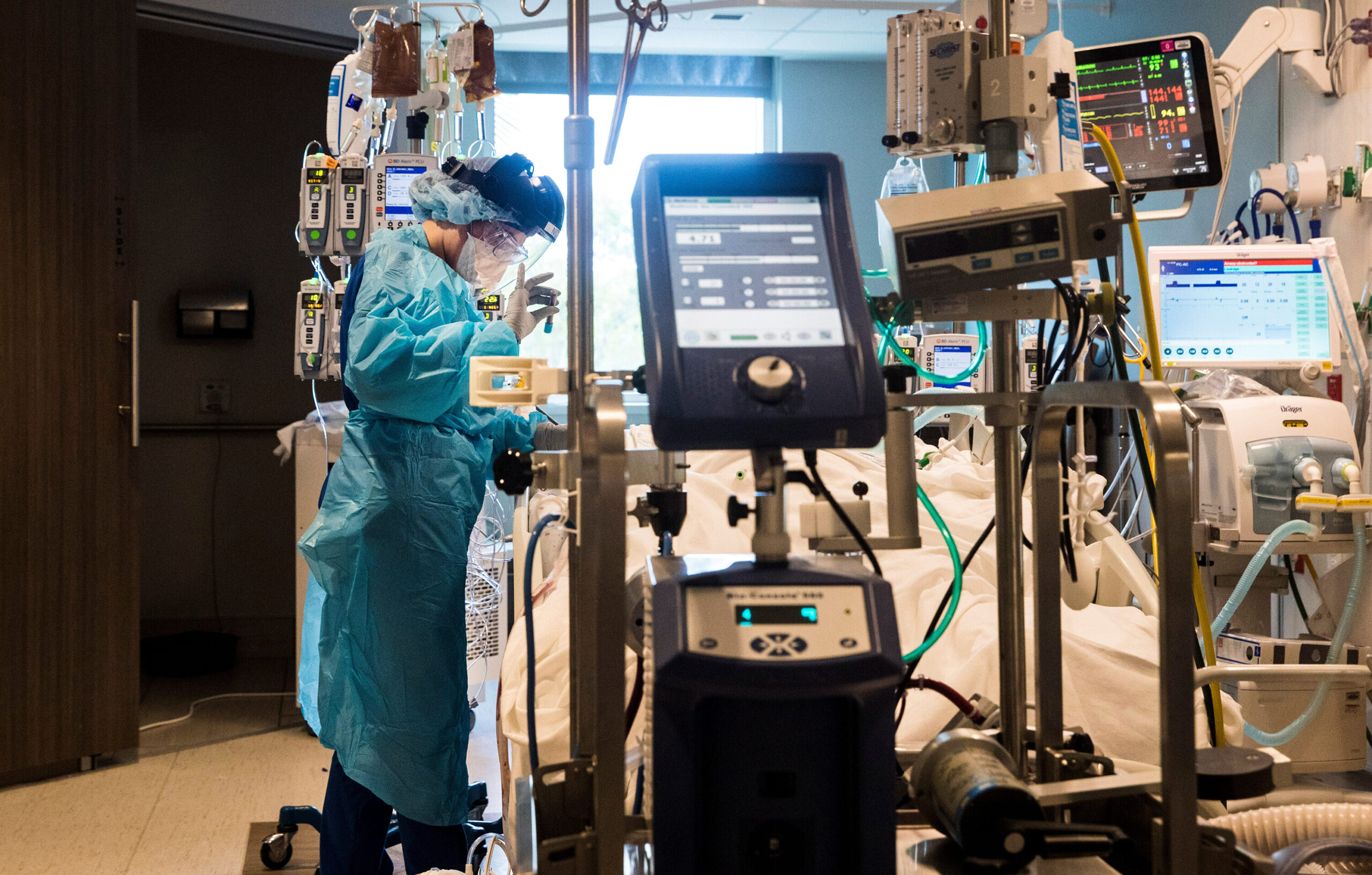 The US remains among nations with the highest rate of new Covid-19 cases, driven mostly by a surge in the South, where many states are lagging in getting people vaccinated against the coronavirus.

“This is starting to look really ominous in the South. … If you look at rates of transmission in Florida and Louisiana, they’re actually probably the highest in the world,” Dr Peter Hotez, the dean of the National School of Tropical Medicine at Baylor College of Medicine, told CNN’s Anderson Cooper on Friday.

Infection rates began to plummet in the US in the spring as vaccines became widely available, while the seven-day moving average of daily confirmed cases climbed in other nations, including India and Brazil, according to data from Johns Hopkins University.

In the month of August, the US has so far reported more than 1.5 million new cases of Covid-19, more than three times the numbers for Iran and India — which now hold second and third place, JHU data shows. And the seven-day average has topped more than 135,000 cases, well ahead of other nations.

On a state-by-state comparison, Louisiana has the highest rate of new cases per capita, followed by Florida.
“That’s how bad things have gotten out of hand. There is a screaming level of transmission across the southern states right now. And now we’re starting to see this happening among younger age groups,” Hotez said.

Florida on Friday broke its own record high in Covid-19 cases over the past week, reporting 151,415 new cases — the most infections recorded during a seven-day period since the pandemic upended lives across the globe.

The surge has been fueled by the more contagious coronavirus Delta variant, overwhelming hospitals across the country.

In Louisiana, Gov. John Bel Edwards said hospitalizations hit a pandemic record high of at least 2,907 patients, up by six people from a day earlier.

“They’re not just the highest that they’ve ever been. They’re almost a third higher than at any other point in this pandemic. Our hospitals are struggling. The staff remains the limiting factor on capacity. Our staff at our hospitals, nurses and doctors and respiratory therapists and physician’s assistants, you name it, they’re maxed out,” the governor said Friday.

Edwards said state hospital leaders are worried about the surges.

“I will tell you that I’ve never heard them express more concern, more alarm, or anxiety than they did this week because we are rapidly approaching the breaking point,” Edwards added.

And in Alabama, there is an alarming uptick of infants as well as teenagers hospitalized with Covid-19, according to Dr David Kimberlin, the director of the Division of Pediatric Infectious Diseases at the University of Alabama in Birmingham.

“We’re seeing a lot of children who are very, very sick admitted to our hospital. We have almost twice as many right now as we did at the previous worst part of this pandemic, which was probably in January,” Kimberlin told CNN’s Erin Burnett Friday.

“These children are coming in fighting for breath, fighting for the ability to basically get through this devastating illness, many of them are on ventilators, maybe a quarter or so on ventilators or heart-lung bypass machines,” he said.

He added that as children return to classrooms, “it’s critically important that everyone in schools masks, whether you’re vaccinated or not.”

“I think the most efficient way to do that is to have a mandate, to have a requirement … that everybody needs to do so. And it saddens me that we seem to be fighting about the way we go about doing it. We all ought to — and I want to believe that we do — have our own children’s best interest at heart. We got to do this for them.”

In this article:US Highest Covid-19 cases