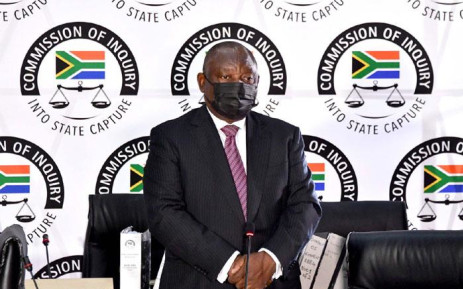 Cyril Ramaphosa is set to appear at the State Capture Commission again.

At his second appearance on Thursday, he appears as the country’s President.

Ramaphosa appeared as the Deputy President of the country on Wednesday.

He is expected to explain his actions as the President of South Africa.

Ramaphosa on Wednesday testified at the state capture commission talking about problems at Prasa and Eskom among others.

Molefe told the commission that he had been concerned about a R3,5 billion locomotive contract with money to be donated to the African National Congress (ANC).

In Other News – New Joburg mayor Jolidee Matongo sworn in

Jolidee Matongo was elected unopposed as new executive mayor of the City of Johannesburg, the metro announced on Tuesday.