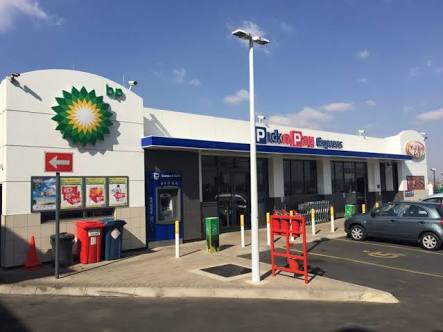 BP and Pick ‘n Pay were celebrating the launch of a wine to-go offer through the Pick ‘n Pay Express store but the Southern African Alcohol Policy Alliance in SA (SAAPA SA) and its affiliates are calling for the immediate stop to the issuing of liquor licences to retailers based at petrol stations.

SAAPA SA and its affiliates made their concerns clear during a webinar yesterday. BP Radiokop in Johannesburg was the first site after being granted a liquor licence. BP planned to roll out the offer to selected BP sites throughout the country. BP said the key was strictly adhering to laws governing the sale of liquor.

SAAPA SA director Maurice Smithers said they had conversed with the Department of Trade, Industry and Competition (DTIC). The DTIC responded to SAAPA stating that the degree of authority that the national department had over provinces in relation to the awarding of retail liquor licences was somewhat limited and their ability to influence provinces was quite weak.

“We have asked them to talk to the provinces and to say to them could they not call a moratorium on the issuing of these licences until such a time that the liquor amendment bill has been passed and they have undertaken to do that…” said Smithers.

“We have also communicated with all the MECs and the premiers in all the provinces to raise the issue with them as well.”

He said they would also push Cabinet.

SAAPA also wrote to BP and questioned them on whether it was socially responsible to sell alcohol at petrol stations. However, BP had not responded.

South African Medical Research Council director Professor Charles Parry said they did not think the venue was the right place to be selling alcohol and the move sent out a wrong message in a country with a drinking and driving problem.

Parry said increasing outlets would make the availability and accessibility of alcohol easy. He said the country dealt with a considerable amount of alcohol-related trauma.

“I believe it will add a burden to our hospitals at this time, particularly in the coastal provinces of KwaZulu-Natal and the Western Cape. I question the timing of doing it, I think it’s a bit insensitive at this time,” said Parry.

SAAPA SA board member Sue Goldstein said selling liquor at petrol stations was a major step backwards in the control of alcohol harm.

She said the government spent R263 billion per year on alcohol-related harm while 21.1% of fatal crashes were caused by drink driving.

“Alcohol and driving don’t mix but there’s a resounding no to selling alcohol at petrol stations for a whole range of different reasons,” said Goldstein.

Pick ‘n Pay and BP had not commented by the time of publication.