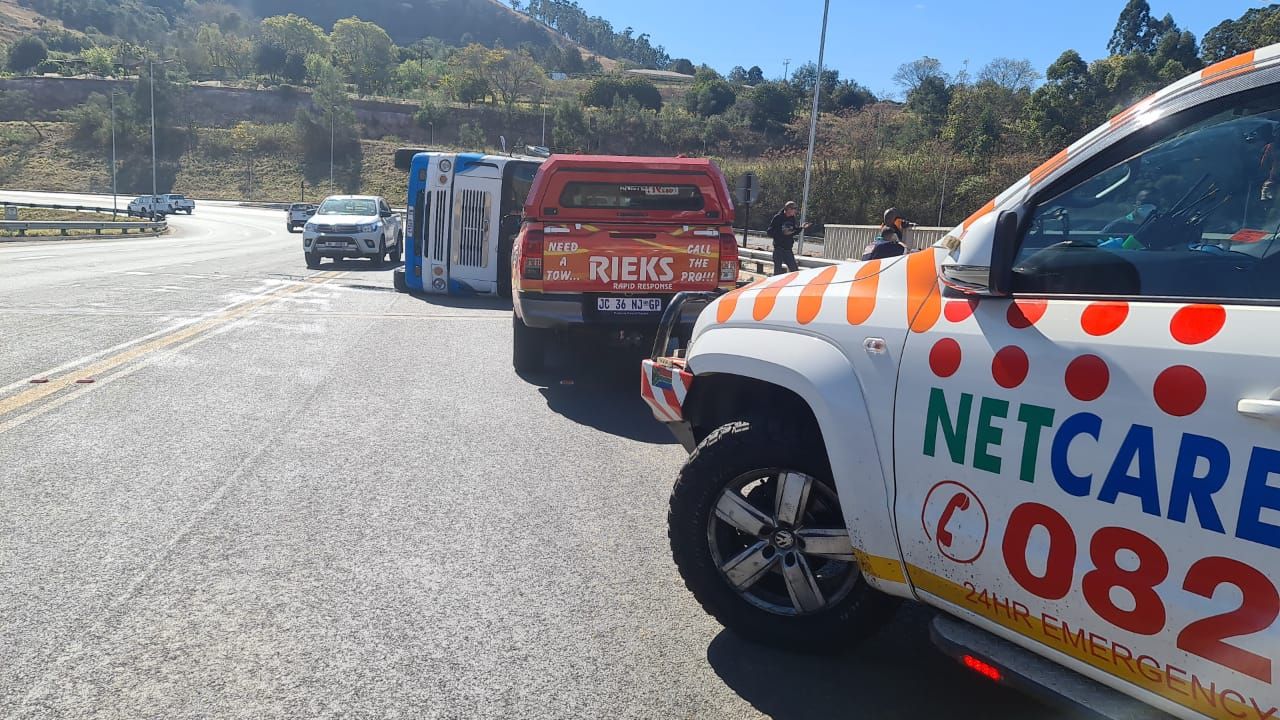 KwaZulu-Natal: At 10H53 Tuesday morning Netcare 911 responded to a collision on Road 385 at the Inchanga offramp Durban West Region.

Reports indicate that the driver of a heavy motor vehicle lost control resulting in a rollover.

When medics arrived on the scene they found an adult male driver who had sustained moderate injuries after he was thrown around in the cab during the rollover.

The patient was treated on scene and once stabilised was transported by Netcare 911 ambulance to the hospital for further care.

Gauteng: At 09H42 Tuesday morning Netcare 911 responded to a shooting at business premises in Meadowdale Germiston.Reports indicate that an adult male office worker sustained a single gunshot wound to his abdomen following a robbery.

On arrival of paramedics, the patient was found to have sustained serious injuries with severe blood loss and was rapidly deteriorating. learn more

In this article:Truck driver injured in rollover