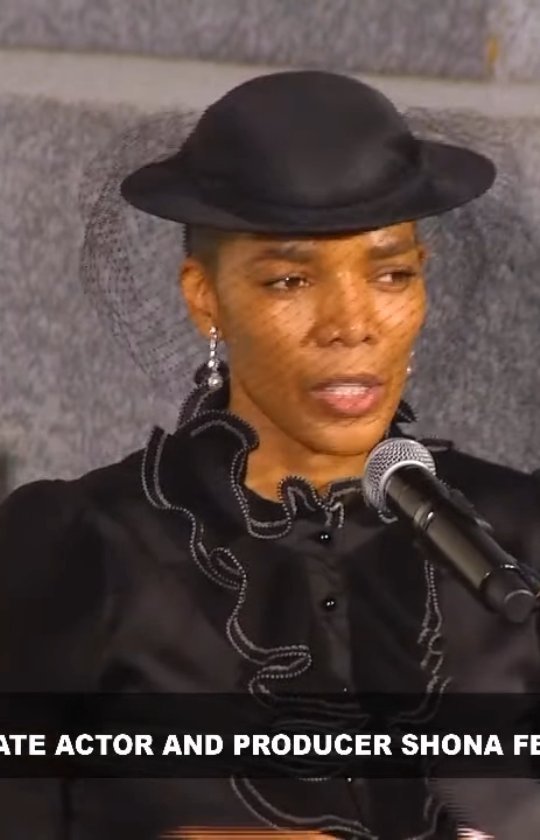 Actress Connie Ferguson takes a moment usually shared with Shona Ferguson to social media. In a video shared on her Instagram, the actress said the 8th of August is called Carpet Sunday for herself and late husband, as the two will lie down on the carpet and discuss the bible and many other things.

Connie read a scripture “And I will ask the Father, and he will give you another advocate, who will never leave you. He is the Holy Spirit who leads into all truth. The world cannot receive him, because it isn’t looking for him and doesn’t recognise him. But you know him because he lives with you now and later will be in you.” – JOHN 14:16-17, and spoke about how it relates with her current situation.

The star said she felt betrayed following Shona’s passing and she misses his physical presence.

Con said she questioned God on what will happen to all the plans they had, but later realised while mourning that God has a bigger and better plan.

She believes the late actor has been elevated to glory and she blesses God for the strength he’s given her.

Watch the full video below:

The former head of state is currently incarcerated at the Estcourt Correctional Centre where he is serving 15 months for contempt of court after he failed to appear before the Commission of Inquiry into Allegations of State Capture. Read More

In this article:Connie Ferguson, Shona Ferguson