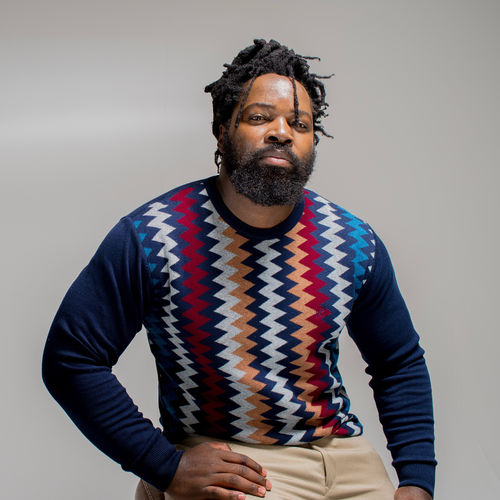 ‘Don’t judge a book by its cover’, they say. Fans had already judged and thought the rapper has grown-grown looking at his physical appearance!

Actor and musician; Siyabonga Nene who is also known as Big Zulu shocked South Africans when it was revealed that he is only 34 years old.

Nene who grew up listening to a lot of Maskandi and Scathamiya music which drew him to like showbiz, also revealed in an interview that his greatest influence came from Ladysmith Black Mambazo, Phuzekemisi, and Imithende.

The Uzalo actor developed his Inkabi rap style through influence from his job as a taxi driver which he quit in 2008 to pursue a career in the entertainment industry.

After quitting his job, Big Zulu began writing and performing his own music a year later but only got his big break in 2013 when he won the rap contest held by Back to the City; where he was crowned King of Rap.

He signed to Universal Records in 2015 after getting the attention of Ntokozo Sithole and began working with big names like; Damien Marley, Kwesta, Sjava, and Zakwe. He’s also acted in some of Mzansi’s biggest soapies and telenovela’s; Isibaya, Uzalo, and Isithembiso.

A lot of his fans confuse him with Sjava as they have striking similarities from the way they dress, their bodies, and the way they rap; this has also led his fans to believe that the two may be brothers.

The actor and musician are in a customary marriage with his long-term girlfriend; Lebogang Makenete and the two have a daughter together. Big Zulu has apparently cheated on Makenete with PR guru Bulelwa (Bulie) Nazo and the two have a son whom they named Shaka.

Nene has a low social media presence and is not active on Instagram as he has less than 4000 followers with less than 50 posts.

The video, which was taken from Buhle’s Instagram Stories, shows the actress dressed in a body-hugging pastel print dress and baby pink high heels. Learn More