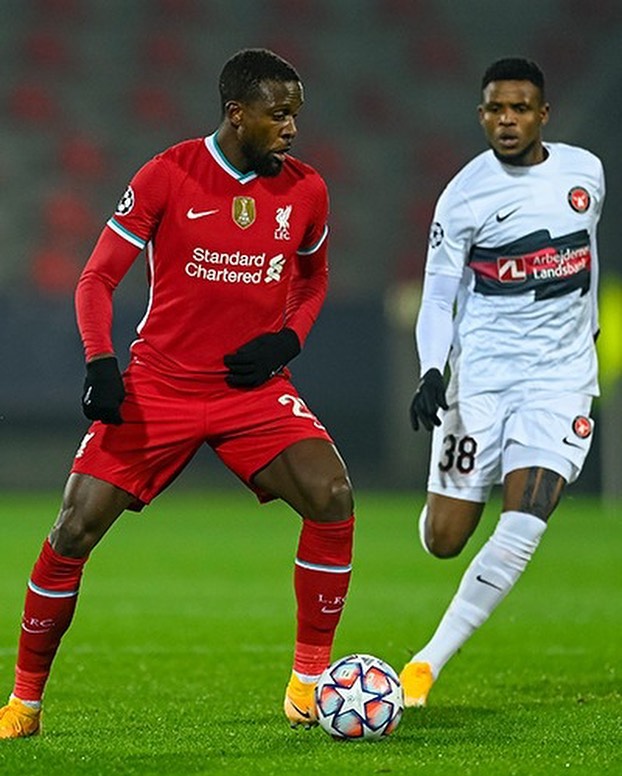 Mohamed Salah became Liverpool’s record Champions League goalscorer as the Reds completed their group-stage campaign with a draw at Midtjylland.

Jurgen Klopp’s side were already assured of top spot coming into the game and they began in perfect fashion as Egypt international Salah ran clear and poked home after just 55 seconds.

It was the quickest goal the team had scored in the Champions League and on a night of numerous records for the much-changed visitors, Salah’s strike was his 22nd in the competition, surpassing club legend Steven Gerrard.

Summer signing Diogo Jota forced Midtjylland goalkeeper Jesper Hansen into smart saves via a flicked effort and another drive from the angle, while Divock Origi side-footed wide from an unmarked position.

Evander rattled the crossbar with a thunderous strike as the hosts piled on the pressure in the second half and they claimed a deserved point through Alexander Scholz’s confident penalty.

Serie A side Atalanta clinched second place in Group H with a 1-0 win at Ajax, who drop into the Europa League, while Danish champions Midtjylland finish bottom. Liverpool have been blighted by injuries to key first-team players this season, but have made light of the situation as a patched-up side hung on to extend their run to one defeat in their last 13 games in all competitions.

That result against Atalanta was their only loss in the Champions League this term, as six-time European champions Liverpool collected four victories and a draw in the group stage.

With progression to the knockout stages already secured, Klopp took the opportunity to field Liverpool’s youngest starting XI for a Champions League game, captained by marauding full-back Trent Alexander-Arnold, as well as featuring 19-year-old academy products Rhys Williams and Leighton Clarkson, neither of whom looked out of place.

There was also a second-half debut for French teenager Billy Koumetio who, at 18 years and 25 days, became Liverpool’s youngest player in the European Cup.

Goalkeeper Caoimhin Kelleher made a sharp shot at the near post to deny Sory Kaba and Erik Sviatchenko’s header late on, but the Irishman missed out on back-to-back clean sheets in the competition by bringing down Anders Dreyer in the box, with Scholz converting the resulting penalty.

The Reds may have felt disappointed at having the spot-kick given against them as the assistant referee initially flagged for offside, but the referee awarded the penalty after watching the replay on the pitchside monitor and subsequent replays showed Dreyer was onside.

The video assistant referee played a role once again, denying both sides winning goals – Midtjylland for offside and Liverpool for a Sadio Mane handball – but the night belonged to Salah, who picked off a loose backpass and scuffed home a finish early on to take his tally to 106 goals in just 170 games for Liverpool.

In this article:Liverpool, Midtjylland, Mo Salah