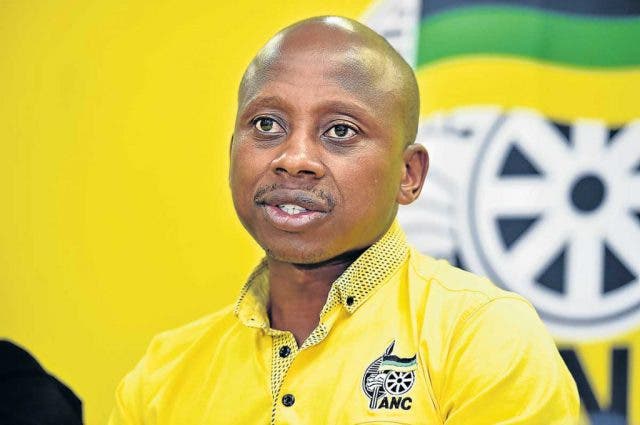 The Free Andile Lungisa Campaign on Saturday said the convicted Nelson Mandela Bay councillor would be welcomed by the masses when he returns to society on 1 December.

This comes after supporters of the jailed African National Congress councillor allege that he’ll be released on parole next week.
Lungisa is serving a two-year jail sentence at the North End Prison in Port Elizabeth for assaulting a Democratic Alliance councillor with a glass jug over the head during a scuffle in the council back in 2016.

Lungisa opted to remain behind bars to finish off the prison programmes he had started there despite being granted bail after his appeal at the Constitutional Court.

The campaign, which has branded Lungisa a political prisoner, said they had received confirmation directly from him.
Spokesperson Abner Mosaase said: “He has assured me that he has been given all the documentation that necessitate his release on 1 December. I have spoken to Mr Lungisa and he has assured me and I don’t doubt that.”

“The Correctional Services Department has released statements stating that people arrested for nonserious offences will be granted parole pending the conditions of COVOD-19. So, Mr Lungisa finds himself very lucky.”

However, in stark contrast, the Correctional Services Department has distanced itself from assertions that Lungisa will be release early with officials saying they were yet to receive this information.

Condolences are pouring in for the late Queen Mother of the Royal Bafokeng nation, Mmemogolo Semane Bonolo Molotlegi. Learn more