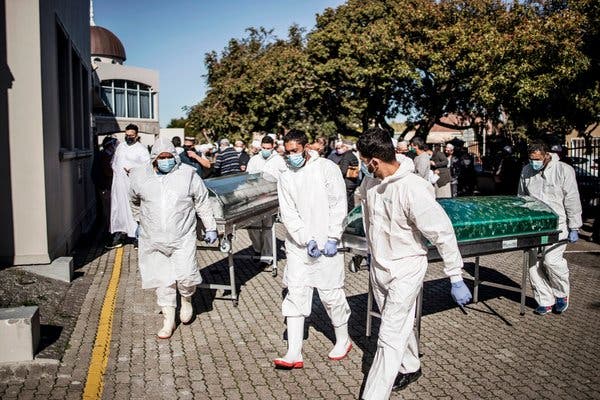 A hard, short-term lockdown is potentially on the cards for the Western Cape amid increasing Covid-19 infections in the Cape Metro and Garden Route which could affect festive season activities and holiday plans for many residents and visitors. In the past few weeks, the province has felt the effects of superspreader events. Premier Alan Winde chaired a meeting on Friday to hash out a plan to try to clamp down on the increase of cases.

According to the National Institute for Communicable Diseases’ weekly epidemiology brief, the increase in cases in the province was driven by the Garden Route’s infection rate, which has increased gradually from mid-October until the current sharp spike.

As of Friday, the Garden Route had 2382 cases seven days ago which more than doubled from the 1100 cases 14 days prior.

Mitchells Plain saw the biggest increase at 185%, followed by Khayelitsha at 92%.

Professor Burtram Fielding, director of research and development at UWC, said the resurgence could cause a second wave.

“It depends very much on human behaviour during the next couple of weeks and how we deal with the infections. People mask up now and they stay at home when they are ill. If people neglect those things, the infected numbers could increase and we could very well be in a second wave..”

In Other News – Pictures: A look into Khuli Chana and wife DJ Lamiez Holworthy’s stunning home

Khuli Chana and his wife DJ Lamiez Holworthy are stronger than ever having celebrated their first wedding anniversary recently.

We also love how bold and unapologetic Khuli Chana is when it comes to showing off his family. learn more

In this article:Covid infections surge