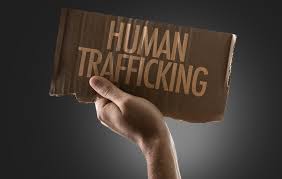 This year marks the 20th anniversary of the Palermo Convention, a gathering of the United Nations that defined the world’s response to human trafficking.

The United Nations defines human trafficking as the recruitment, transportation, transfer, harbouring or receipt of persons, by means of the threat or use of force or other forms of coercion, of abduction, of fraud, of deception, of the abuse of power or of a position of vulnerability or of the giving or receiving of payments or benefits to achieve the consent of a person having control over another person, for the purpose of exploitation.

As part of its global effort to address trafficking in persons, the United Nations Voluntary Trust Fund for Victims of Trafficking in Persons, Especially Women and Children (UNVTF) was established.

The convention, adopted by the UN General Assembly represented a major step in the fight against transnational organized crime especially the prevention, suppression and punishment of trafficking in persons.

According to the UN , the trafficking response protocol developed in Palermo was the first global legally binding instrument with an agreed definition on trafficking in persons.

“The intention behind this definition is to facilitate convergence in national approaches with regard to the establishment of domestic criminal offences that would support efficient international cooperation in investigating and prosecuting trafficking in persons cases. An additional objective of the Protocol is to protect and assist the victims of trafficking in persons with full respect for their human rights,” said the UN.

It is estimated that 40.3 million people are trapped in this modern-day slavery, with women and girls accounting for more than 70 per cent of detected human trafficking victims.

Connie Ferguson was a proud mother yesterday as her second daughter Alicia Ferguson as her daughter said goodbye to high school by attending her matric dance. Ever the doting mother Connie made sure to make the day a memorable on. She took to her Instagram to show and see her off. Learn more