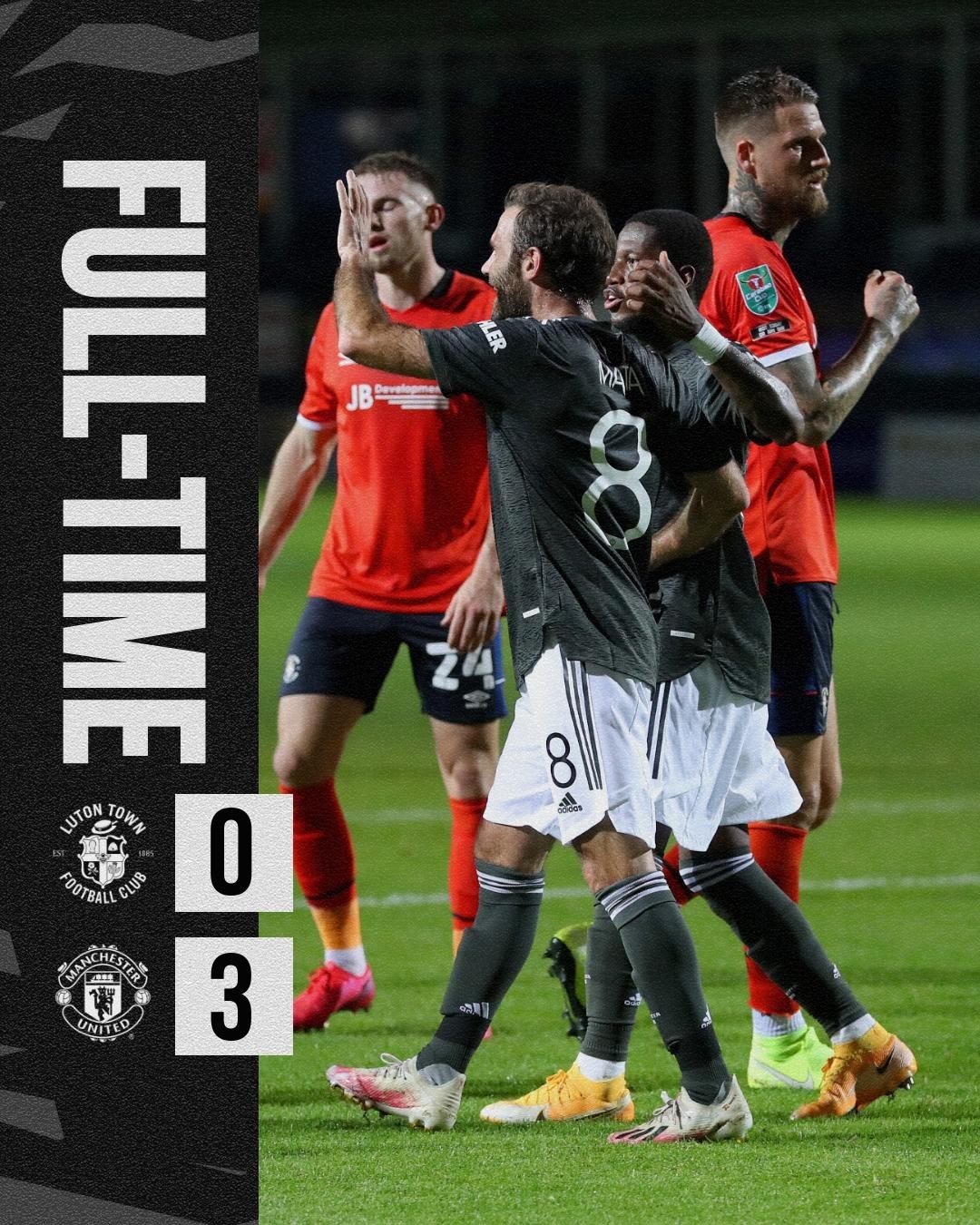 Henderson made a superb save to deny Tom Lockyer an equaliser after Juan Mata’s penalty had put the hosts ahead. Dean Henderson said it was “unbelievable” to realise a dream and make his Manchester United debut as the goalkeeper helped his side beat Luton to reach the Carabao Cup fourth round.

Substitutes Marcus Rashford and Mason Greenwood then wrapped up the win with late goals. “I dreamt about this my whole life,” Henderson tweeted. “Unbelievable feeling to make my debut for the club I love. A clean sheet and a win to top it off.” Henderson came through Manchester United’s youth system but has spent much of his senior career at the club on loan and was at Sheffield United for the last two seasons.

His impressive displays for the Blades earned him call-ups to the senior England squad – although he is yet to make his Three Lions debut – and he returned to United this summer with the aim of challenging David de Gea for the number one spot.

“You have to make saves when needed,” said Manchester United boss Ole Gunnar Solskjaer after Tuesday’s win. “David [de Gea] has done that for years and Dean did that today.”

The victory means Manchester United will face either fellow Premier League side Brighton or Preston of the Championship in the next round. In the end it was a deserved win for Manchester United, although it took a while for the visitors to get into their groove.

After making 10 changes from the side that lost at home to Crystal Palace in their Premier League opener at the weekend, Solskjaer challenged his players to produce a much-improved performance in this game.

Only captain Harry Maguire kept his place in the side as Henderson made his competitive debut while Donny van de Beek was given his first start after coming off the bench to score against Palace. But for long periods of this game Manchester United looked distinctly off key. They were slow to pass and lacked the creativity to open up a disciplined Luton side.

After Mata’s penalty – awarded following a foul on Brandon Williams inside the area – the visitors struggled to find a second that would kill the game off. Henderson had little to do, but provided perhaps the crucial moment of the game with a superb one-handed save to deny Lockyer an equaliser late on, before Eric Bailly cleared Lockyer’s follow up off the line.

Solskjaer had perhaps sensed the danger of late drama moments before as he sent on Rashford and Greenwood to attack a tiring Luton defence and the pair came up with the goods. Greenwood provided the spark Manchester United had been missing, setting up Rashford to fire home the second before curling in a late third.

The final scoreline perhaps flattered United but it was a much-needed win after a slow start to their campaign.’I am proud of the team’ – what they said
Luton Town manager Nathan Jones speaking to Sky Sports: “It flatters them massively. For 85-86 minutes I thought we were outstanding and then they bring Rashford and Greenwood on. They push on when we are trying to get the goal back.

“It took a penalty and a bit of a nick to put them in the lead. Throughout the game, structurally how we worked and the quality we showed, I am so proud of the team.”

Luton return to Championship action on Saturday as they travel to Watford (12:30 BST), while Manchester United are at Brighton in the Premier League on the same day (12:30 BST).