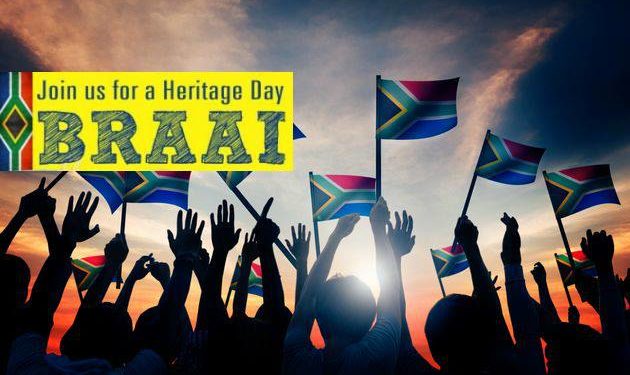 Most of us know that 24 September is the day we celebrate Heritage Day. But how many of us know the reason behind this South African holiday? Initially, Heritage Day used to be known as Shaka Day in KwaZulu-Natal, according to South African History Online. The day was made into a holiday to commemorate the Zulu king, Shaka Zulu.

In 1995, the Public Holidays Bill was presented to the new democratic Parliament of South Africa but it didn’t include Shaka Day. In response to this, the Inkatha Freedom Party (IFP), a South African political party with a large Zulu membership, objected to the bill.

How Heritage Day in South Africa came to be
Eventually, parliament and the African National Congress (ANC) managed to reach a compromise with the IFP. They agreed for the day to become a holiday where all South Africans observed and celebrated their diverse cultural heritage.

“When our first democratically-elected government decided to make Heritage Day one of our national days, we did so because we knew that our rich and varied cultural heritage has a profound power to help build our new nation.

President Nelson Mandela
According to the South African government’s website, the purpose of the day is:

“Heritage Day on 24 September recognises and celebrates the cultural wealth of our nation. South Africans celebrate the day by remembering the cultural heritage of the many cultures that make up the population of South Africa. Various events are staged throughout the country to commemorate this day.”

The days leading up to the holiday and on the day, South African’s dress up in their cultural or traditional attire to commemorate it. Events are also hosted across the nation.

Braai4Heritage explained
An interesting fact about the holiday is that an initiative launched by Braai4Heritage aims to change the way South Africans “celebrate their common roots.” The organisation calls the holiday “Braai Day.”

They promote South Africans braaing (having a barbecue) on Heritage Day. The initiative has been contested in the past but it also has some well-known supporters.

In 2007, Archbishop Emeritus Desmond Tutu, was made the National Spokesperson for Braai Day. Speaking about the initiative the same year, Tutu said:

“There are so many things that are pulling us apart.”

Archbishop Emeritus Desmond Tutu
He called Braai Day “a wonderful potential to bring us all together.” The idea was initially snubbed as “trivializing,” however, the following year the National Heritage Council endorsed it.

Both the looks and the temperature were red-hot Sunday on the Emmys red carpet, where Hollywood’s top stars battled the heat and humidity to bring their fashion A-game.

The mercury soared past 90 degrees Fahrenheit (32 Celsius), and US network Fox — which is broadcasting television’s answer to the Oscars deployed ceiling fans in the arrivals area to try to keep the glitterati from sweating through their gowns. Read more