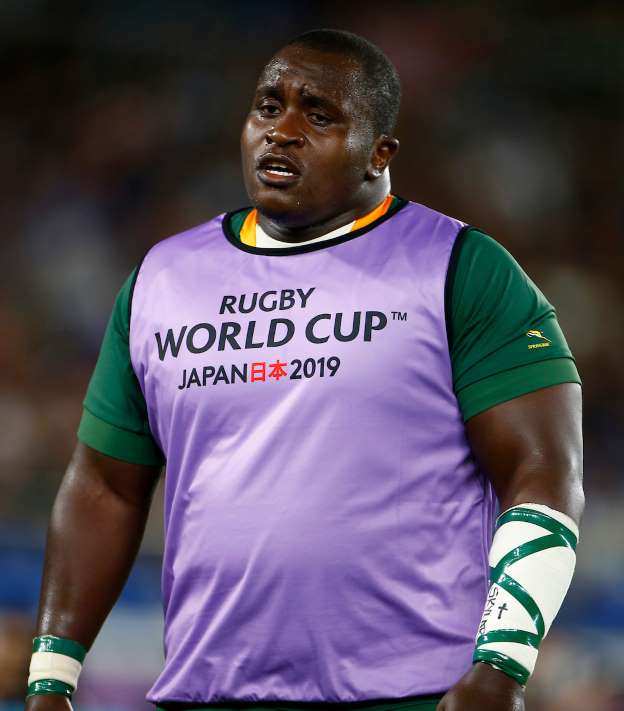 Nyakane, who recently made the switch from loose-head to tight-head prop, lasted just 21 minutes as a replacement in the Pool B defeat before needing to be helped from the field in obvious discomfort.

“It’s very tough on Trevor,” Springbok coach Rassie Erasmus said. “He has had a great season and added value whenever he took the field.

“It’s a blow to him and the team, but it’s also an opportunity for Thomas and Vincent (Koch), who now have the chance to step up.”

Du Toit had signed a short-term deal to play for French Top 14 side Toulouse during the World Cup but is now expected to link up with the Bok squad at their training base in Nagoya on Tuesday afternoon.

The 24-year-old won the last of his 10 caps in the 24-18 victory over Argentina in Pretoria on Aug. 17, which was also his only international start. The Boks are next in action against neighbours Namibia in Toyota City on Saturday.

Mothusi Magano may be one of the most famous faces on TV, but he says a lack of gigs in Mzansi is one of the biggest challenges.

The star, who has appeared in several high-profile shows, among them The Lab, Emoyeni and Intersexions, recently joined the cast of popular SABC1 soapie Skeem Saam, as the confident Tumishang. Read more