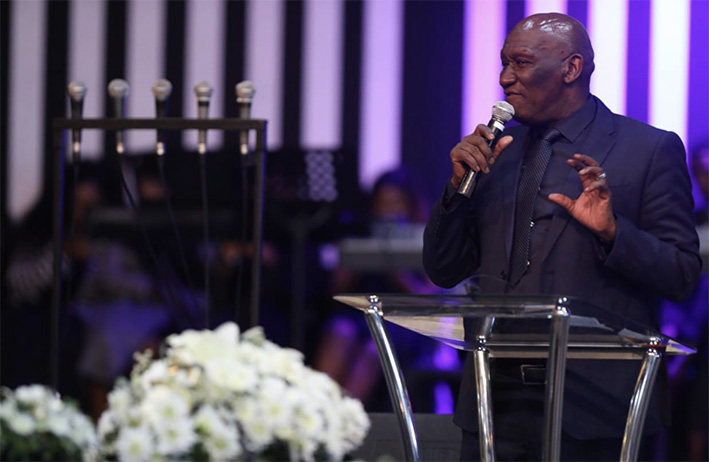 According to Buthelezi, he informed Cele that he would be going to speak to hostel dwellers in Johannesburg, and Cele offered to arrange security. Veteran IFP MP Mangosuthu Buthelezi used a debate on the wave of violence to defend himself and his party against Police Minister Bheki Cele’s criticism that they contributed to Sunday’s violence in Johannesburg.

News24 earlier reported that a group of men, some of them wielding sticks, pangas and tree branches, marched through the city centre after disrupting a meeting which Buthelezi addressed following last week’s deadly xenophobic violence.

One person was stabbed on the corner of Bree and Plein streets. As the violence split over to Malvern, another person was shot dead on Sunday night. Cele on Monday told SABC’s On Point that the planned meeting was called off and that he was “taken aback” to learn that the meeting continued with Buthelezi.

“To us, it was a political party meeting, and unfortunately it came up with this upswing of the violence after the meeting,” Cele told the SABC. Buthelezi, in whose name Tuesday’s debate in the National Assembly was introduced, took exception to Cele’s remarks.

“In the midst of a crisis, leaders must act,” Buthelezi started. We are in a crisis. As our nation grapples with the horror of gender-based violence, a new wave of xenophobic attacks has washed over South Africa. Lives have been lost and property damaged. There has been looting and burning and violence.”

He said he went to Johannesburg on Sunday to speak to his fellow South Africans, “not to take sides, but to quell the tensions with the voice of truth”. I stated very clearly that I was there, not as a politician, but as an elder. I was there for the sake of my country.”

He said the night before the meeting, bottle stores were looted and “several angry township and hostel residents arrived still inebriated”.

“They were in no mood to hear a message of peace or to be reminded of our Constitution. According to Buthelezi, he informed Cele that he will be going, and Cele offered to arrange security.

“So I am dumb-struck by the minister’s comment yesterday that he is ‘taken aback’ by my visit to Johannesburg, as though what I did was political posturing,” Buthelezi said. The insinuation is there that, had I not gone to Johannesburg, the looting and violence that took place on Sunday would not have happened.”

Buthelezi said he wasn’t there to score political points. I am too old for political games,” Buthelezi said. I have been vilified for too long to speak diplomatically. I am sick of the IFP being cast as responsible for violence, either obliquely or directly. Cele closed the debate.

He said Sunday’s meeting was originally planned as a government meeting and he liaised with indunas at the hostel, but after he received a complaint from King Goodwill Zwelithini that he wasn’t consulted, but only indunas, he cancelled the meeting. It’s not that I’m looking down on you,” Cele said to Buthelezi.

The Queen’s Kagiso had the social media streets in a mess on Monday when he finally got his revenge on Brutus and Shaka, torturing them in a hella hectic episode.

Sgaqagaqa, as he’s known in the drama series, has been shaking since he survived a bombing by Shaka and Brutus that was meant to kill Harriet. Read more