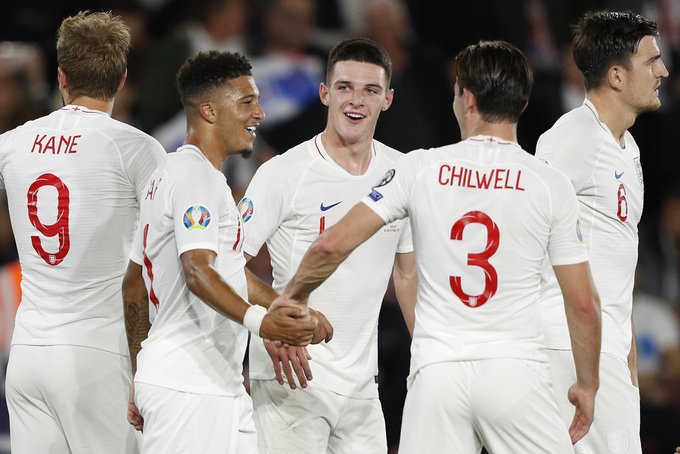 England moved closer to reaching Euro 2020 with an entertaining qualifying victory over Kosovo, who scored after just 34 seconds at St Mary’s.

The visitors stunned the hosts in Group A as Valon Berisha confidently stroked in after Michael Keane’s sloppy pass across his own defence was cut out.

But Everton defender Keane made up for his error seven minutes later by nodding on a corner for Raheem Sterling to head home from close range.

Sterling then turned provider, spinning and sprinting from the halfway line before rolling the ball off for captain Harry Kane to drill in at the near post.

Megim Vojvoda inadvertently converted into his own net from Jadon Sancho’s low cross before the Borussia Dortmund player scored his first two international goals, both from close range.

Trailing 5-1 at the interval, Kosovo responded with two quick-fire goals in the second half courtesy of Berisha’s second and Vedat Muriqi’s penalty, while Kane saw a spot-kick saved by goalkeeper Arijanet Muric and Sterling struck the post.