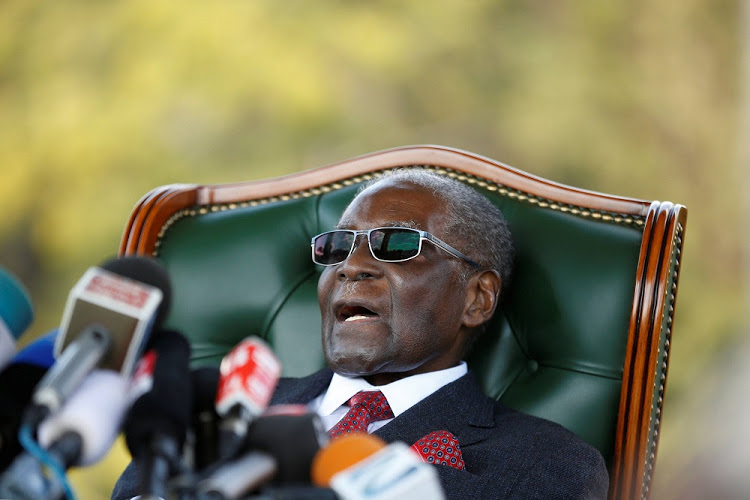 The body of the late former Zimbabwe President Robert Mugabe is expected back on Wednesday. Zanu-PF spokesperson Nick Mangwana quoted Mugabe‘s nephew saying that plane the will transport him is expected to leave on Monday.

The 95-year-old former president died in a Singapore hospital on Friday.

It is still unclear when the funeral will take place. Zimbabwe’s President Emmerson Mnangagwa granted Mugabe the status of a national hero in a televised address on Friday, while tributes poured in from leaders from across the continent.

Mnangagwa said the country would be in mourning until Mugabe was buried, but he did not say how many days of mourning there would be or when the burial would take place.

MUGABE’S RULE: AN ERA TO BE REMEMBERED OR FORGOTTEN?

There have been mixed reactions to news of Mugabe’s death.

His party, the Zanu-PF says, while Robert Mugabe has made some mistakes, he played a critical role in instilling black pride in Zimbabweans.

He led the for nearly four decades before being removed from office in a military coup in 2017.

Zimbabwe’s ruling party’s spokesperson Kennedy Mandaza said, “Today we see the majority of Zimbabweans are proud to be identified as blacks because it is one of the things that we learned from Robert Mugabe.”

At the same time, a rights group in that country has said Mugabe’s death should not be used to rewrite history.

Research and Advocacy Unit says Robert Mugabe’s record is dismal when it comes to human rights, media freedom and those who challenged him politically.

The unit’s director Shastry Njeru said while death is not something to celebrate, people shouldn’t use it to rewrite history.

“Whereas there are other parts of Zimbabweans that had the brunt of Mugabe’s brutality in the early 1980s, such people would not portray him in a generous manner.”

Njeru says Mugabe’s complicated legacy must serve as a warning to African leaders who refuse to leave office while they still have the respect of the people.

Chaos is brewing in Zimbabwe as Officials and family members are arguing over the arrangements for the burial of Robert Mugabe, the former Zimbabwean president who died in Singapore last week aged 95.

High-ranking members of the ruling Zanu-PF party are understood to have told Mugabe’s close family that his remains should be interred at a hilltop monument outside Harare, the capital, following a ceremony at the nearby national stadium, where dozens of prominent African leaders would be present.

However, friends and allies of Mugabe’s second wife, Grace, have said that the late dictator made it clear he would prefer to be buried at his home town of Zvimba, about 60 miles from Harare, with only close relatives in attendance. read more

In this article:Mugabe Burial, Mugabe's Body